Young And The Restless Comings And Goings: Elizabeth Hendrickson Returning – Chloe Back In Genoa City 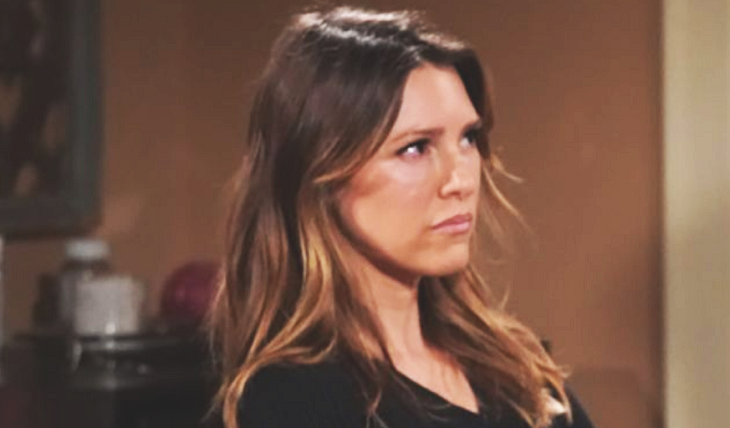 Good news for all “The Young and the Restless” viewers. Elizabeth Hendrickson is set to return to the show after a brief stint last June, when she was held prisoner by Adam Newman. She announced her return by posting a throwback pic of her and Melissa Claire Egan, who plays Chelsea Newman on the show.

“Found an oldie but a goodie! Who’s ready for some of this again?” Hendrickson captioned the photo.  “Back at Y&R and excited for what’s to come.” It didn’t take long for Egan to see the pic. She immediately commented, “The best! Can’t wait!”

Found an oldie but a goodie! Who’s ready for some of this again?! Back at @youngandrestlesscbs and excited for what’s to come.

Their hopes were granted when Hendrickson briefly returned to Genoa City after she shot Adam Newman (Justin Hartley) and he held her captive.

Kevin Fisher (Greg Rikaart) tried to arrange a trade and kidnapped Phyllis Summers (Michelle Stafford), thinking she was his girlfriend. But he thought wrong. Fortunately, he managed to convince Adam to let him see Chloe and for her to get back home to Bella Fisher (Cali May Kinder), Kevin agreed to stay with Adam.

Chloe faked her death and that’s why the residents of Genoa City will surely be shocked to see her alive. But not her mother Esther Valentine (Kate Linder). She recently found out her daughter was still alive, but the same cannot be said to most people in town.

Young And The Restless Spoilers – How Will Chelsea Newman React?

What happens when Chloe meets Chelsea? Viewers may recall that Chelsea found out that she left Adam in the cabin before it exploded.

Thinking that Adam was dead, the two former best friends and business partners got into a massive fight. They weren’t in good terms when Chloe decided to fake her death. 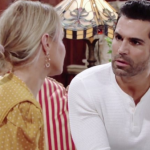 Viewers have to tune in to see if Chelsea and Chloe will face off once again. Her last appearance didn’t give her that much chance to interact with other characters so her upcoming return could mean higher chances for intense scenes, especially with Chelsea.

Days Of Our Lives Comings And Goings: Brandon Beemer To Return – Shawn’s Next Airdate Revealed

The Young and The Restless Spoilers: Victoria On The Brink Of Death, Will She…