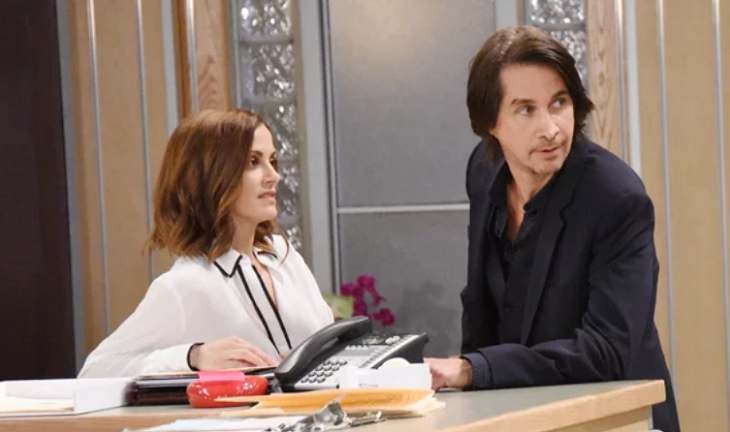 Rebecca Budig is returning to “General Hospital” as Hayden Barnes. When asked about how she felt when she received a call about a possible return to the soap, all she could say was: “It was a nice feeling and very flattering to know that they could see the potential story for Hayden and Hamilton Finn (Michael Easton). I think there is a lot left untold there.

“I am curious about how they are going to bring Hayden back and who I’ll be working with. It should be fun!” she told Soap Opera Digest.

Budig debuted her character in ABC’s “General Hospital” in 2015. She portrayed the role for two years and left in 2017. As Hayden, she discovered that her real father was Jeff Webber (Richard Dean Anderson), making her nemesis Elizabeth Webber (Rebecca Herbst) her sister.

She developed a romantic relationship with Finn and got pregnant with his child. However, Hayden left town and lied to Finn by telling him that she lost their child. Since her absence, Finn has moved on and is now with Anna Devane (Finola Hughes). When she exited the show, she left some unresolved relationship issues.

Budig’s role on “General Hospital” has helped skyrocket her popularity. However, she is still known for her role on “All My Children,” where she worked between 1999 and 2011. Budig is set to return to “General Hospital” this summer and she’s unlikely to be alone when she returns.

Will she bring her child with Finn? Will she tell Finn the truth that they didn’t lose their child? How will Finn react when he finds out that she is back? Will they continue where they left off?

For those who didn’t know, Easton and Budig met off-screen as they both attended a fundraiser for ovarian cancer along with the other cast of “General Hospital.”

If there is one person who will be happy to see Hayden back, it’s going to be her sister Elizabeth. The two have grown closer before Hayden left and they’ll have so much catching up to do once she gets back.

There’s no definitive date as to when Budig will hit the screen but one this is for sure, she will be back by summer.

Young And the Restless Rumor: Was A Fake Adam Shot By The Real Adam?