Young And the Restless Rumor: Was A Fake Adam Shot By The Real Adam? 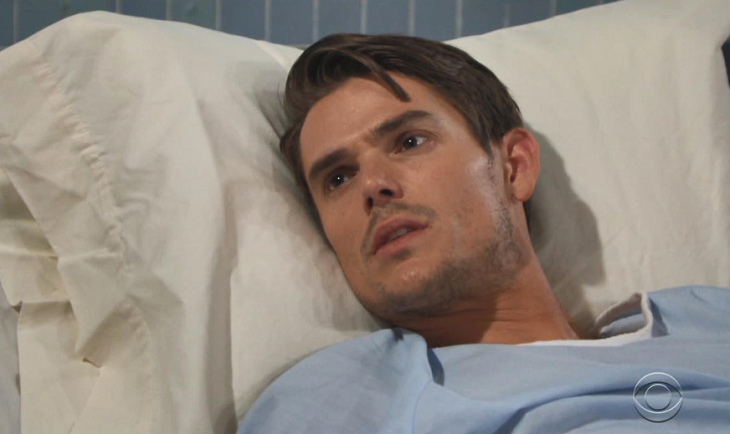 Well, why didn’t Y&R introduce Grossman with the standard voice over, as voiced by a member of the cast? “Mark Grossman is now playing the role of Adam Newman.” And understandable counters to this relevant point, regarding any past history of voice over introductions, or the lack thereof in certain instances, avoids answering the question.

Fans have been asked to look in one main direction as Grossman debuted. Y&R has opted to present a younger version of Adam, which could really be true. They moved his age backwards since Justin Hartley was last seen in this role, circa September 2016. This choice would make historical sense, as Adam is significantly younger than Nick Newman (Joshua Morrow), but hadn’t been portrayed that way in the past.

Young And The Restless Spoilers – Was Hartley Gabriel Bingham?

Moving on, there are two likely possibilities as to the character Hartley was playing. He was Adam, who survived the black SUV crash and was rescued by Gabriel Bingham (Hartley in a presumed dual role), who then had radical facial reconstructive surgery. Gabriel was believed to have died.

Alternatively, Hartley was playing Gabriel. So, he either knew who he was, or was convinced by Sage Warner, eventually Newman (Kelly Sullivan), that he was Adam, when he wasn’t.

Going with the first likely possibility, that Hartley was playing Adam. In that scenario, who’s to say that Grossman’s character is him? Considering Y&R’s history of doppelgangers, this man could easily be a look-a-like, as Victor Newman (Eric Braeden) may have already determined.

Young And The Restless Spoilers – Is Adam Newman Really Alive?

Following the second likely possibility; Hartley was playing a cloaked Gabriel during his run. In that instance, Adam (as was played by Michael Muhney) may have died, or not.

Digesting all of the above isn’t easy, as soap opera plots aren’t meant to be smooth. But the potential outcomes then have Grossman’s character being Adam, Gabriel, or someone new. Let’s call him Spider.

Adam could be alive, or dead. Gabriel could be alive or dead. Whoever Grossman is playing will be revealed, with a sharp head fake being that a fake version of Adam, who Grossman could be playing now, was shot by the real Adam (as to be played by whoever).

MUST WATCH General Hospital Preview Video Friday, May 24: Shiloh Prepares To Rape Sam, Jason Races To Save Her