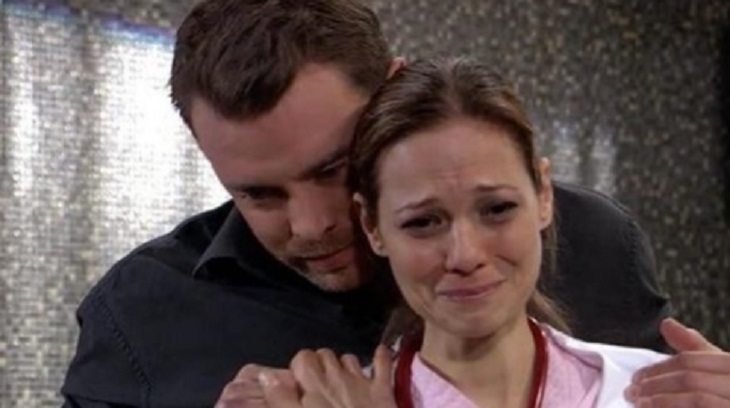 General Hospital spoilers tease that fans will be seeing a lot less of Billy Miller and Tamara Braun in Port Charles.  Kim Nero and Drew Cain recently lost their son Oscar, but it sounds like we won’t be seeing a whole lot of the former lovers during their grieving process.

It’s unclear how long the characters will be gone, where exactly they are going, or even when and if they will return.  She Knows Soaps reports that they will be “temporarily off screen due to storyline reasons.”

Rumors indicate that Braun and Miller’s characters will leave town together to go on a trip to honor their late son.  It will certainly be interesting to see how Julian Jerome responds to Kim spending time away with her ex.  Sadly, neither Drew nor Kim have much lined up for a storyline now that Oscar is gone.  The writers have spent months propping the characters up with their son’s illness.

What do you think the future holds for Kim Nero and Drew Cain on General Hospital?  Will you miss Miller and Braun while they are gone?