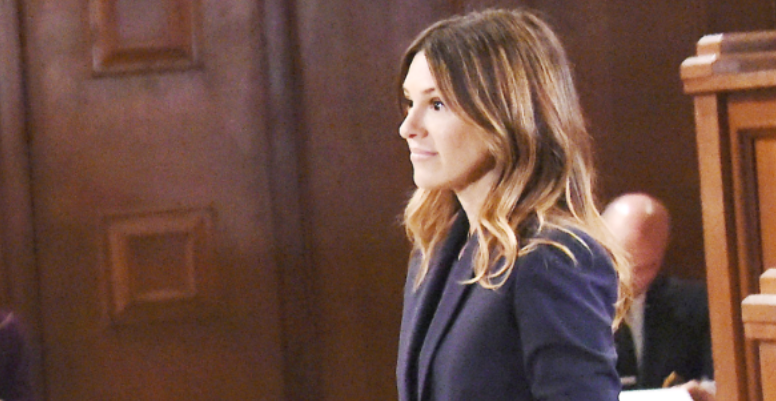 If Margaux hadn’t shut down the Ryan Chamberlain case, this would have allowed Port Charles police to continue searching for traces of Ryan. Instead, he was presumed dead.

Curtis Ashford (Donnell Turner) and Laura herself would have never been nearly blown up in Ryan’s hideout in Toronto. In fact, Ryan could have been captured long before he came to Port Charles again!

Margaux wouldn’t allow any investigation into the DoD cult or Shiloh. Not even when Kristina Corinthos-Davis (Lexi Ainsworth) was missing. Detectives Harrison Chase (Josh Swickard) and Valerie Spencer (Paulina Bugembe) were forced to go rogue and do an off-the-books investigation.

As it turned out, Kristina was okay and in an exit therapy intervention, but as General Hospital viewers know, Shiloh is not only a predator but a swindler and blackmailer. Herbal tea is not strong enough to knock a person out. So there is much more to that tempest in a teapot than Shiloh lets on.

There are other reasons besides the storylines that could have Margaux fired on GH; Elizabeth Hendrickson is returning as Chloe Mitchell on the CBS soap, the Young and the Restless (Y&R).

According to the latest issue of ABC Soaps in Depth, Hendrickson does clarify she is playing both Margaux on GH and Chloe on Y&R “this month”. She meant the month she was interviewed. But she doesn’t say anything about beyond this month.

That means she could finish out her current GH storylines for Margaux, and then go to Y&R full-time to reprise Chloe. Mayor Laura firing Margaux for incompetence and hindering justice where Shiloh is concerned would be a perfect ending to Margaux’s reign as District Attorney in Port Charles.

But then again, Elizabeth may just mean she doesn’t know how long she’ll be playing Chloe in Genoa City either. She may just have mentioned what she knew at the time of the interview.

MUST WATCH General Hospital Preview Video Thursday, May 23: Sam Drugged, Shiloh About To Have His Wicked Way With Her

Young And The Restless News: Eric Braeden Speaks Out On Phyllis Swap