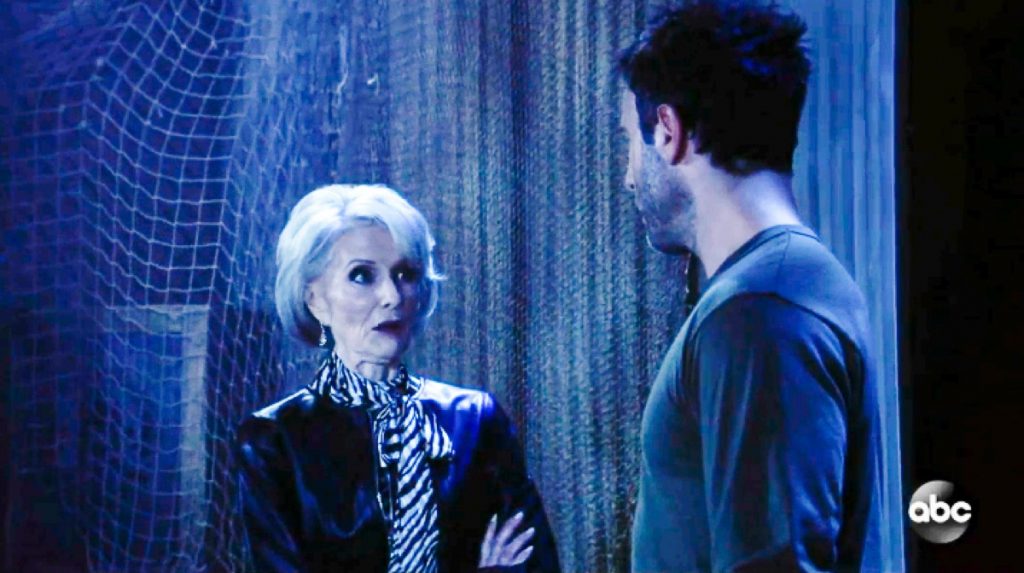 Also at the police station, Jordan Ashford (Brianne Nicole Henry) tells Shiloh Archer (Coby Ryan McLaughlin) he can make his last call before he goes to Pentonville for a very long time. Shiloh calls someone and says he has some information they need to know about Alexis Davis (Nancy Lee Grahn).

At Charlie’s Pub, Julian Jerome (William DeVry) is setting up the bar when Alexis Davis (Nancy Lee Grahn) comes in. She says she is the lawyer for the new owner of the bar. Sam McCall (Kelly Monaco) comes in and he tells her he wants to say a proper bye before he moves to Manhattan. 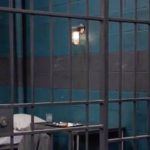 At Elizabeth Webber’s (Rebecca Herbst) house, her sister Hayden Barnes (Rebecca Budig) has moved in and is setting out baked goods. Hayden realizes that Liz is too upset about Franco to eat any breakfast. Liz says she did not sleep at all and she was worried about him being in jail all night.

Liz thanks Hayden for moving in to keep her company and become part of the family.

At the Corinthos mansion, Olivia Falconeri (Lisa LoCicero) rushes in to the living room where Sonny Corinthos (Maurice Bernard) , Lulu Falconeri (Emme Rylan) and Robert Scorpio (Tristan Rogers) are waiting. She asks what is going on with her son Dante? Robert tells her that they had to move Dante, he is not well and may never come home.

Olivia gets upset and says of course her son is coming back and Sonny chimes in as to why he would not be able to. Robert says the deprogramming has been stopped as Olivia is frantic for him to come home. He says it will not be possible and Lulu agrees its best that he not come home.

Franco Baldwin is in Jail

At the Port Charles jail, Franco Baldwin (Roger Howarth) is pacing his cell when Jason Morgan (Steve Burton) arrives. Franco asks Jason how something like a memory mapping switch could have happened. Upstairs, Drew is explaining to Scott what happened and that Franco will need a lawyer no matter.

Jason explains about Helena Cassadine and the mind control technology she was using against him. When the process did not work on him, she went after Drew. Jason says that Dr Cabbott does not know how to reverse the memory transfer process.

Scott goes down to the jail to see his son and explains that Franco is his son, an artist.

Julian Jerome is saying his goodbyes

Sam questions her mom Alexis as to if she is truly happy for Julian. Alexis says he is happy for the adventure in his life. Julian says he wants to make amends for everything he has done wrong and wants to see his grandchildren before he leaves.

Shiloh Archer is up to no good

In the PC jail, we see Shiloh Archer on the phone saying he needs to see justice served in regards to Alexis Davis. Shiloh is transferred downstairs to a cell where Franco is being held. They reminisce about Shiloh taking Drew hostage and delivering him to Helena Cassadine (Constance Towers).

Robert tells Olivia that he will keep her posted on Dante’s situation. Lulu tells Sonny and Olivia that she is not arguing against the divorce and is accepting it. Lulu leaves and takes her wedding ring off.

Drew and Curtis stop by Liz’s house and she asks him if there’s anything they can do to help Franco. Drew explains to Hayden the memory mapping procedure that Andre did on him.

Olivia comes by Charlie’s Pub and has decided to buy the restaurant / bar from him.

In the flashback, Helena is seen paying Shiloh for his services while Drew is unconscious. Helena tells him to keep his mouth shut, as a mystery man we cannot see approaches them. In present day, Shiloh tells Franco to tell him where the money is hidden and he will reveal who the man was with Helena……..flash to preview