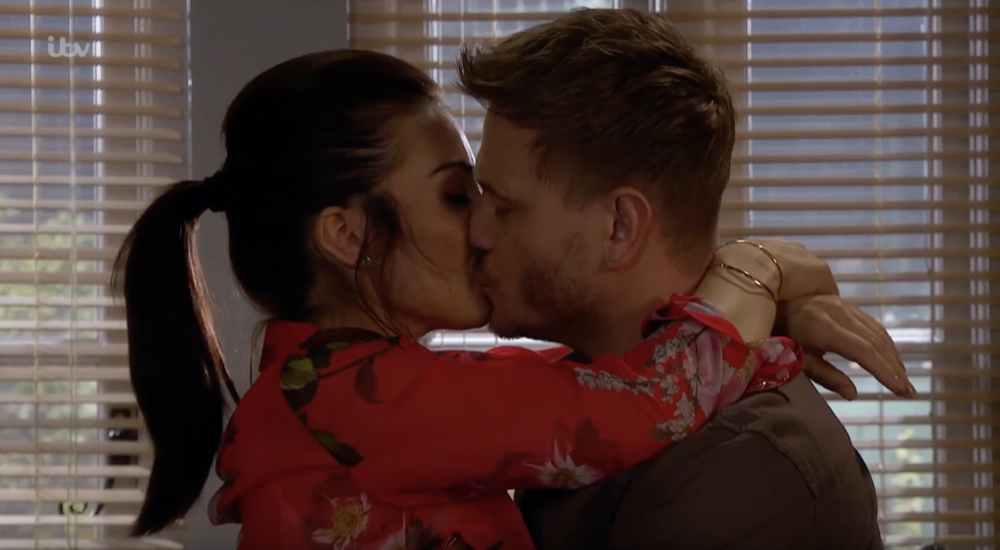 On “Emmerdale,” Jacob Gallagher (Joe-Warren Plant) was left fuming with anger as he storms off after he walked in on David (Matthew Wolfenden) and Leyla Harding (Roxy Shahidi) sharing a passionate kiss. The pair have been having problems getting through to Jacob after his fallout with Maya Stepney (Louisa Clein). He still refuses to believe that he was groomed and thinks that what he had with Maya was real.

David and Leyla were frustrated trying to figure out how to make Jacob listen and eventually decided to do so as a team. Their first attempt to be “normal” failed and Leyla feared that they might have completely “lost” him. The pair ended up going down memory lane, reminiscing the wrong choices they made when it comes to romance.

When David teased Leyla about his taste in men, she responded that she had one that got away, referring to David. At first, David hesitated when Leyla got closer but with a little convincing, the two ended up sharing a steamy kiss. 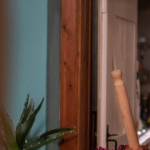 They considered getting back together for Jacob’s sake but eventually decided that sleeping together wasn’t a good idea. However, they still ended up sharing another kiss and that was when Jacob and Eric Pollard (Chris Chittel) walked in on them. When Eric asked what was going on, Jacob interjected and said, “What’s there to explain? I saw what was going on, and seriously, you two want to judge me? […] You two? Were you bored or something?” The furious young teen then stormed off.

After Jacob left the house, Eric confronted the two and told them they’ve committed several mistakes in how they handled the situation with Maya. He also pointed out that they were being unfair by focusing on each other instead of Jacob. “David, every decision you’ve made in this entire ordeal has been wrong. I think I’m the only one that can look after Jacob at the moment because neither of you are capable of giving him the stability he needs right now,” he added.

“Emmerdale” viewers may recall that Maya was forced to reject Jacob after Eric found her lurking nearby. Maya missed her first chance to speak to him when Liv arrived and brought Jacob to the café.

When Eric saw Maya, he immediately went to the B&B to call the police but was interrupted by Maya and disconnected the call. She explained that she just wanted to make sure that he was doing fine and to tell him that she still cares.

However, Eric didn’t want to hear any of it and ordered her to leave. At first, he asked her to leave but then changed his mind and allowed her to see Jacob on one condition – she’d tell him that it is all over between them. But Maya isn’t going anywhere just yet. Spoilers reveal that she’ll be attacked next week and David will be the prime suspect. Looks like their Maya ordeal is far from over.

However, he also admitted that it wasn’t easy since they had to do night shoots. For him, it was a different, challenging, but fun experience, in general. As always, more detailed Spoilers and Breaking news will appear here on Soap Opera Spy!

Emmerdale Spoilers: Danny Not Done With Sarah Yet, Plus Moira Left Unconscious In A…