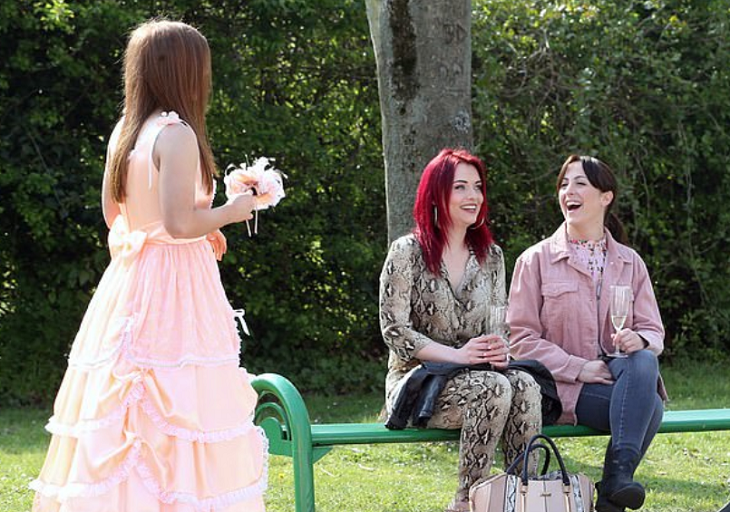 Looks like fans of “EastEnders” may likely see the Whitney Dean (Shona McGarty) and Callum “Halfway” Highway (Tony Clay) get married this summer.

The moment Whitney and Halfway crossed paths, viewers of EastEnders noticed that they looked good together. So, when their romantic relationship blossomed, the pairing instantly became a fan-favorite. Since then, their relationship has gotten stronger and they might just take it to a whole new level if paparazzi pictures are to be considered. 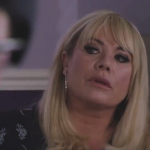 While Whitney and Sonia sit on the side enjoying a glass of Champagne. Tiffany stands in front of them happily wearing what seems to be a bridesmaid dress. All three actors are busy shooting the said scenes, which are set to air over the summer.

“It makes sense that they want to take the next step in their blossoming relationship…Whitney seems giddy as she and Tiffany try on dresses but that’s always the less dramatic part of an EastEnders wedding. Whether or not the day itself will go smoothly might be another matter – we’ll just have to wait and see.”

The EastEnders showrunners and representatives have yet to comment on these speculations.

Meanwhile, it seems like Tiffany will also find love lurking somewhere near. Zack Morris, who plays Keegan Baker, is also busy filming with the three ladies. Could he be Tiffany’s new love interest? Will Tiff finally get the chance to be happy after all she’s been through?

Tiffany returned to the Square after her traumatic experience with gang leader Evie. Viewers were left shocked when Tiffany revealed that she was raped by Evie’s gang members after Evie was arrested for drug dealing.

Can Louise survive the next 24 hours? #EastEnders pic.twitter.com/cKMTbFfXC4

After Tiffany’s dark plot, Whitney and Halfway’s wedding story may just be what “EastEnders” fans need. Viewers have long been rooting for the couple to take their relationship to the next level after they decided to have a baby at the start of the year.