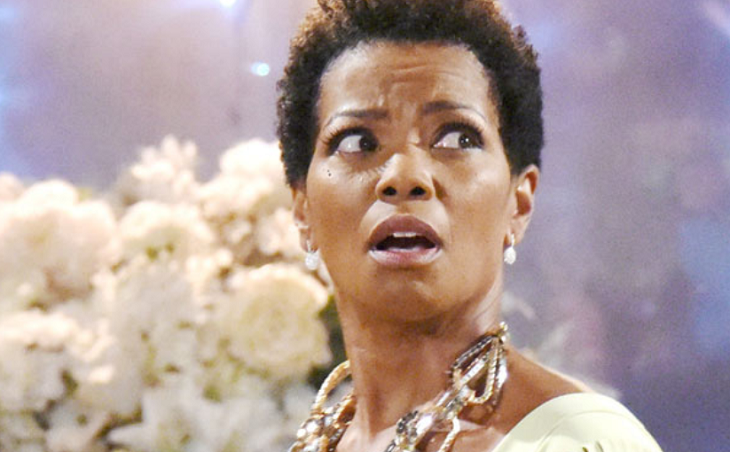 Days of Our Lives spoilers tease that Vanessa Williams will return to Days of Our Lives as Valerie Grant on May 1st. Valerie originally came to Salem and Days of Our Lives in 1975 as David Banning’s (Gregg Marx) love interest. In 1981, she began her years-long on and off relationship with Abe Carver (James Reynolds).

But lingering feelings for David Banning seemed to complicate things between them, in addition to Abe’s stance of being a confirmed bachelor. She finally left town and the character was written off the Days Of Our Lives canvas for many years, returning in 2016.

Valerie, a cardiologist, returned when Abe nearly died because of a serious health condition. She operated on Abe and saved his life. Not too long afterward, Abe and Valerie wound up rekindling their relationship. His son Theo Carver (Kyler Pettis) objected strongly, even blaming Valerie for making Abe’s condition worse, which took a while to completely recover from.

By this time, David Banning had moved away and was long out of the picture, and so old feelings for him were no longer a factor by that time. And Abe was older and wiser. He was no longer a confirmed bachelor, having been married to and widowed by Lexie Carver (Renee Jones), the mother of his son Theo.

Valerie and Abe had bonded again, over their mutual experiences of having been single parents. Theo finally started to accept Valerie a little. Although Valerie was very upset to discover a recording device in her purse placed there by Theo.

She confronted him about it and agreed to keep it a secret from Abe. She later helped Theo and his girlfriend, Claire Brady (Olivia Rose Keegan) on how to deal with the reactions of others to their interracial romance.

Days Of Our Lives News – Will Valerie Grant Reunite With Abe Carver?

Later, as Valerie was about to leave town again, she heard about the death of David Banning in a motorcycle accident. Her son with David, Eli Grant (Lamon Archey) crashed the funeral. He was furious at his mother for never telling him who his real father was. It prevented him from ever having met or gotten to know him.

She tried to reconcile with Eli, but he avoided her until she finally confronted him. He forced her to tell Julie Williams (Susan Seaforth Hayes) that he was David’s son. Valerie stayed in Salem until November 2018, when she left to take a Chief of Staff job at a hospital in Washington, DC.

Will Valerie return to find Abe has moved on with Sheila Watkins (Tionne Watkins), or will she try to make things work with him again?