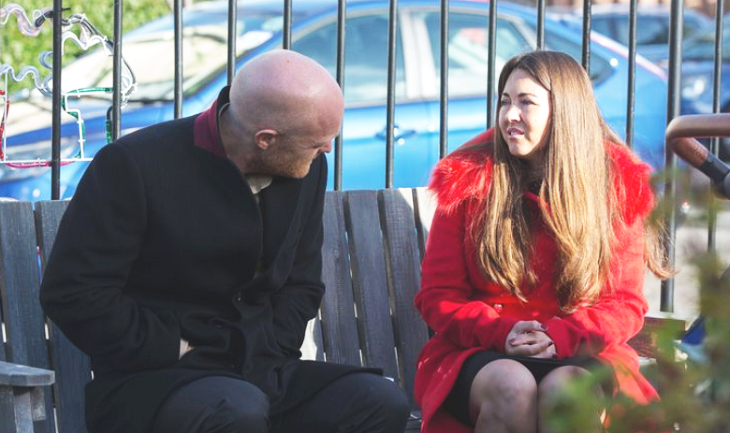 Lacey Turner, the actress who plays Stacey Fowler on “EastEnders” teased that her character could still be drawn to her ex-lover Max Branning (Jake Wood).

The soap is set to revisit the Stacey’s history with Max in upcoming scenes when she offers her support in the wake of baby Abi’s disappearance. This was instigated by his estranged wife Rainie Branning (Tanya Franks).

It’s been revealed that Rainie’s runner with baby Abi will pave the way for a huge storyline in the coming weeks. It’s been been dubbed as among the soap’s darkest storylines.

However, viewers know that Stacey is currently with Martin Fowler (James Bye). According to Turner, “Although Stacey is really happy with Martin and knows her future is with him, there’ll always be that connection to Max.”

She added, “I think Stacey will always love him in some way, after everything they’ve been through she’ll always have his back to a certain extent.”

As Abi’s disappearance takes a toll on Max, he will need Stacey’s support more than Martin. Turner explained, “Stacey knows she’s supposed to be having a romantic night in with Martin, but seeing Max so desperate she can’t just leave him.”

As Stacey offers Max her full support, she will be surprised to learn that he is romantically involved with her best friend, Ruby Allen (Louisa Lytton).

According to spoilers, Ruby and Max will have a secret affair this summer and it will cause a lot of trouble in Albert Square this summer. The two will develop something special when Max helps Ruby with her business proposal. Sparks eventually fly and the two start a secret fling.

When Turner was asked if Ruby and Max will make a great couple, she responded, “Who knows? They’ve both been through a lot over the years and have had huge challenges to overcome, so they have that in common.”

EastEnders Spoilers – Wouldn’t Have Put The Two Of Them Together

However, she also admitted that the pair is a “good match.” Ruby will give Max “a run for his money.”  She pointed out that Ruby is an independent woman, and she’s not the type who will put up with Max’s games.

“Stacey definitely didn’t see that one coming. She always kind of knew that Jay and Ruby wouldn’t last, but she wouldn’t have put those two together in a million years,” she added.

“I’m not sure Stacey knows how to feel, as it’s one of her oldest friends with the man she once loved. It’s a great twist though.”

Bold And The Beautiful POLL: Which Terrible Act Brings Thomas Down? Vote Now!