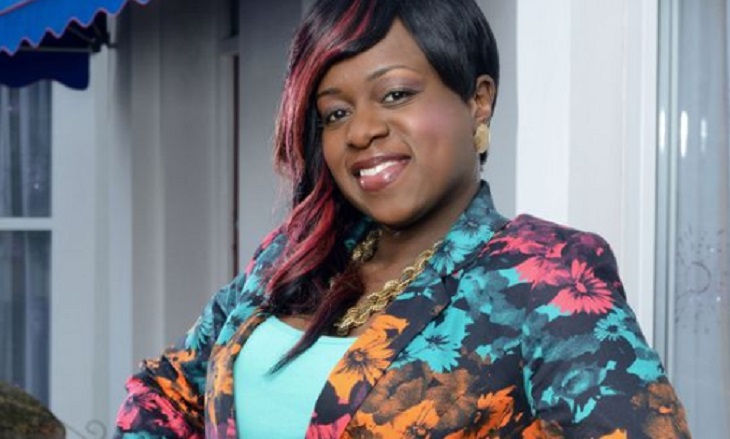 One of “EastEnders” legendary characters is taking a break from the soap. Tameka Empson, best known for her role as Kim Fox, is leaving Albert Square temporarily.

Viewers will see the character inform her sister Denise Fox (Diane Parish) of her plans to move away next week as she heads to Scotland for a new job and to start a new life. Denise and Kim have gone head to head several times over years. But they have managed to bury the hatchet and will part ways on a happy note, which leaves the door open for her return in the future.

The actress has been with “EastEnders” since 2009 and has received several accolades for her impeccable portrayal of her character, including the Funniest Female Performance at the Inside Soap Awards. Since she joined “EastEnders,” Empson has been involved in several notable plotlines including giving birth to a baby girl and dealing with the mysterious disappearance of her husband Vincent Hubbard (Richard Blackwood).

Has Jean said more than she should? #EastEnders. Tonight. 7.30pm. pic.twitter.com/ozfu89p1tq

Her departure has sparked rumors that the actress is quitting the role of Kim Fox for good. However, a spokesperson informed RadioTimes.com that Empson is just taking a break. Showrunners didn’t say how long she’ll be gone but said she’ll be back in the canvas in the future.

Aside from “EastEnders,” Empson appeared in various films. In 1996, she landed a role in “Beautiful Thing” as Russell. She also landed a gig in “Babymother” where she worked with Linda Henry, who later on, also joined the cast of “EastEnders.” Empson is also a successful theater actress. She performed in “Our House” as Billie and was also a mainstay of the “Hackney Empire” annual pantomimes. She also appeared on “Beautiful People” and “Whitechapel.”

Back in 2016, she appeared on “Strictly Come Dancing” with Gorka Marquez. She admitted that she’s been waiting for years to be part of the show. However, she got botted off the show after going up against Laura Whitmore. Earlier this year, Empson has been cast on “101 Dalmatian Street” as Pearl Police Horse. Last March, she was part of “Comic Relief Does The Apprentice” along with Amanda Holden, Rylan, and Sam Allardyce.