Bold And The Beautiful POLL: Which Terrible Act Brings Thomas Down? Vote Now! 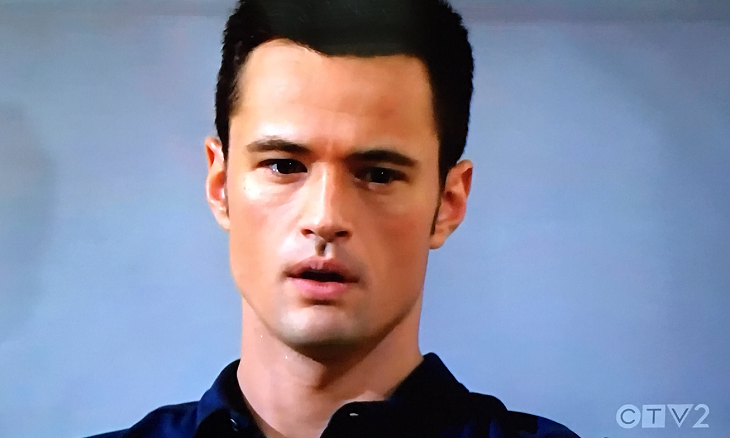 Thomas Forrester (Matthew Atkinson) has committed illegal and amoral acts on ‘The Bold and the Beautiful’. Which among them is most likely to bring him down?

No one in Los Angeles, California, was wondering if Thomas killed Caroline Spencer (Linsey Godfrey) when they received news of her death. Foul play wasn’t suspected at the time that shocker was presented to the audience, or when Thomas and Douglas Forrester (Henry Joseph Samiri) returned from New York.

Fans have witnessed many cowardly, self-serving, and detestable actions that Thomas has committed since B&B recast this role. All of them are geared toward his obsession with marrying Hope Logan (Annika Noelle). So, it’s fair to wonder if Thomas plans actually began with Caroline’s death, or if that specific speculation is overboard?

Bold And The Beautiful Spoilers – Will Forging The Letter Bring Him Down?

Knowing that Douglas and Hope were bonding, Thomas opted to misuse his artistic gifts. Making one of his few mistakes, he created a child-like illustration in front of Sally Spectra (Courtney Hope) while at work. Thomas later had Douglas give the drawing to Hope, who was touched by it.

Atkinson’s character followed that forgery with another, as he reviewed some of Caroline’s own hand-written letters to create a Just In Case two-page message. It was developed to represent Caroline’s final wishes. In the maudlin piece she hoped (wink) a woman would assume a motherly role for her son if she wasn’t around to do so. Upon receipt, Hope read this as a clear sign that she was meant to be Douglas’ mother figure.

Thomas forced the truth out of Flo Fulton Logan (Katrina Bowden). After originally intending to tell Hope what he’d learned, Thomas instead used the information for manipulation purposes as part of his overall plan to be with her.

Bold And The Beautiful Spoilers – Thomas Forrester Has Threatened Many

This pressure eventually led to Xander Avant (Adain Bradley) splitting with Zoe because she wouldn’t tell the truth, causing him to return to England.

More importantly than the above, Emma Barber (Nia Sioux) lost her life. That happened because she was racing on Mulholland Drive to tell Hope that Beth was still alive. Thomas tailgated her off the road and to her death.

Thomas put a drug in Liam Spencer’s (Scott Clifton) drink at the cliff house, which caused what could be the beginnings of a ‘Steam’ revival. Yet another illegal choice that may go on Thomas’ rap sheet.

Bold and the Beautiful Spoilers: Marriage Jitters Have Everyone On Edge – Hope Pushes Herself To Say I Do https://t.co/3dsqsRlbch

Included among the most outrageous of his impulses, Thomas made Douglas believe he saw a ghost. The poor boy shrieked, Hope came running to console him, and decided on the spot that the ‘Thope’ wedding needed to happen as soon as possible.

Fans of ‘The Bold and the Beautiful’ rightfully express their opinions on a regular basis. So, which of Thomas’ illegal or amoral acts will bring him down? Please vote in our poll below!