On EastEnders, Callum ‘Halfway’ Highway (Tony Clay) may get a chance to work on a new job while Rainie Cross (Tanya Franks) face more rejection.

Jay agrees to meet Halfway for an interview and is then has a good impression of him when he sees Halfway assist a customer at the funeral parlour. Later on, Jay turns down Rainie’s offer to help out at the car lot. Does this mean Halfway will get the job?

Rainie’s been through a lot lately. She’s been dealing with problems with Ben. She was also shocked with Max Branning’s sudden return, asking her to reunite with him after he cheated on her when he was in France. 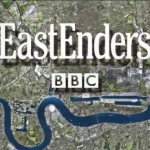 The new job opportunity comes at a time when Halfway receives important news from the army that could significantly affect his future. Viewers of “EastEnders” may recall that Halfway returned to Walford with a nasty injury. He was placed on extended absence to give him time to recover.

He recently received a letter informing him that his medical assessment is now due. This will determine if he is fit to return and fulfill his army duties. He still needs to attend his medical appointment to determine his current health condition.

In case Halfway is found fit to go back to the army, what could this mean for he and Whitney? However, if viewers take into account next week’s spoilers, it would appear that Halfway isn’t going anywhere just yet.

Moreover, recent paparazzi pictures show that Whitney and Halfway will be tying the knot this summer. The couple is not yet engaged but that may soon change if the photos are anything to go by.

Photos show Whitney wearing a sparkling engagement ring while visiting a bridal boutique with Tiffany Butcher (Maisie Smith) and Sonia Fowler (Natalie Cassidy). This could mean Halfway and Whitney’s big day or perhaps, they are just preparing for someone else’s wedding.