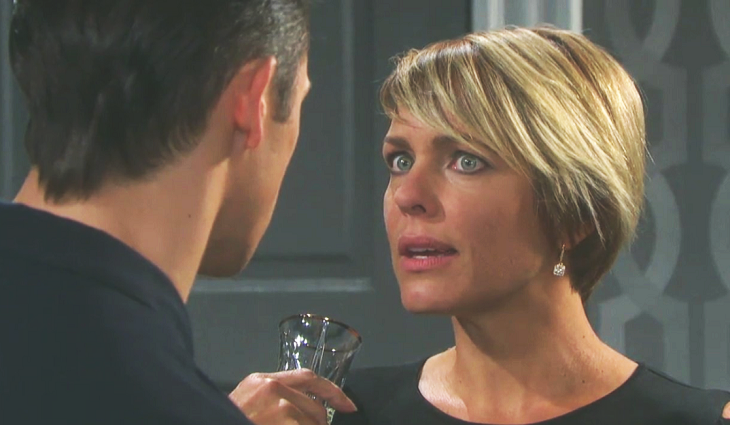 Days of Our Lives star Arianne Zucker is opening up about playing Nicole Walker on the hit CBS soap. Or rather, Kristen DiMera (Stacy Haiduk) pretending to be Nicole. It’s a face off that no one saw coming! Here’s what she has to say.

Arianne told CBS Soaps in Depth in an interview, “Kristen’s always been such an exciting character to watch, originally with Eileen Davidson and then with Stacy Haiduk slipping into those shoes. So, then I was going, ‘Okay, how do I put my own similar twist on it? I decided that I was gonna absorb what Stacy does and then just go with it.”

The actress left Days of Our Lives to pursue other opportunities in the entertainment industry but knew that she needed to come back after spending a little time grouping at home. But it was time off that she definitely doesn’t regret as she got to spend a lot of quality time with her 9-year-old daughter.

Arianne added, “My daughter Izzy appreciates that I took that break from the soap. I got to drop her off and pick her up from school and be with her when she needed me.”

However, Nicole admits that she was keeping up with the shenanigans in Salem and what was happening with Eric definitely lured her back to the soap. For her, Salem will always feel like home just because there are so many people that she cares about.

We feel sorry for anyone on Sami's bad side. 😅 #DAYS pic.twitter.com/W4JXVYK4Fb

Arianne explained, “I’d been reading what fans were saying about Eric and Nicole and the longtime wall that’s been between them – you know he came back as a priest, and there have been all these roadblocks. But with him falling in love with someone else – Sarah – it was a good time to bring this character back.”

Now, as far as what’s in store for Nicole, Arianne has remained mum. Sooner or later, the real Nicole will have to escape from wherever she has been hidden. Here’s hoping that the ‘real’ Nicole comes back sooner rather than later. Needless to say, fans will have to tune in for all of the action.

An Inside Look Into Prince William And Harry’s Charity Split