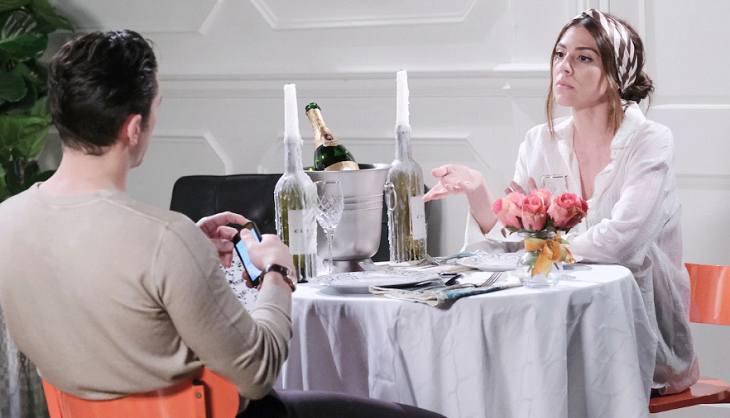 Days of Our Lives spoilers teased a digital companion series. The first season is called Chad and Abby in Paris. The first three episodes have aired and we watched them to get an idea of if the spin-off is worth it. Good news – it is worth watching and here are the reasons why you should be tuning in.

Chad DiMera (Billy Flynn) and Abigail DiMera (Kate Mansi) left Salem so Chad could take a job in Paris. It followed some devastating events, including the two being separated. Thankfully, the fan-favorite couple reunited right before they took off to lead a new life.

They are going to return soon and fans will want to know what they have been doing. Will they still be together? Was it a fairy tale marriage or did they encounter drama and conflict while overseas? Instead of explaining this on Days of Our Lives, spoilers hint that the spin-off takes care of this.

Days Of Our lives Spoilers – Romance, Stress And Lots Of Compromise

As previously reported, Kate Mansi said that the digital series would show Chad and Abigail’s marriage in Paris. It wouldn’t be all roses, but there wouldn’t be too many thorns either. They would have plenty of romance. However, Chad has a demanding position at his job. They are also the parents of a young child, making “me time” as well as “couple time” difficult. 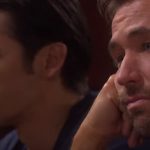 We saw this in the first episode of Chad and Abby in Paris. Chad had to run back to work in the evening after Abigail prepared a romantic meal. She seemed disappointed and made him promise to return in two hours. Then, we got a glimpse of his work life and his female colleague doesn’t seem too trustworthy!

This could definitely set up some issues when “Chabby” returns to Salem.

Besides “Chabby,” there will be other familiar faces. So far, we have seen Austin Reed (Austin Peck), who literally knocks on Abigail’s door. On Days of Our Lives, fans already know Austin and Carrie (Christie Clarke) are getting a divorce.

However, the storyline was only played out a little bit. When Austin appears on Chad and Abby in Paris, he divulges a little more information on what happened with the marriage.

In closing, the episodes are very short. So far, the longest episode was under 10 minutes. However, the scenes are not drawn out like a traditional soap opera. The points are made quickly and we love the scenes so far. It truly is the definition of a companion series and compliments Days of Our Lives.