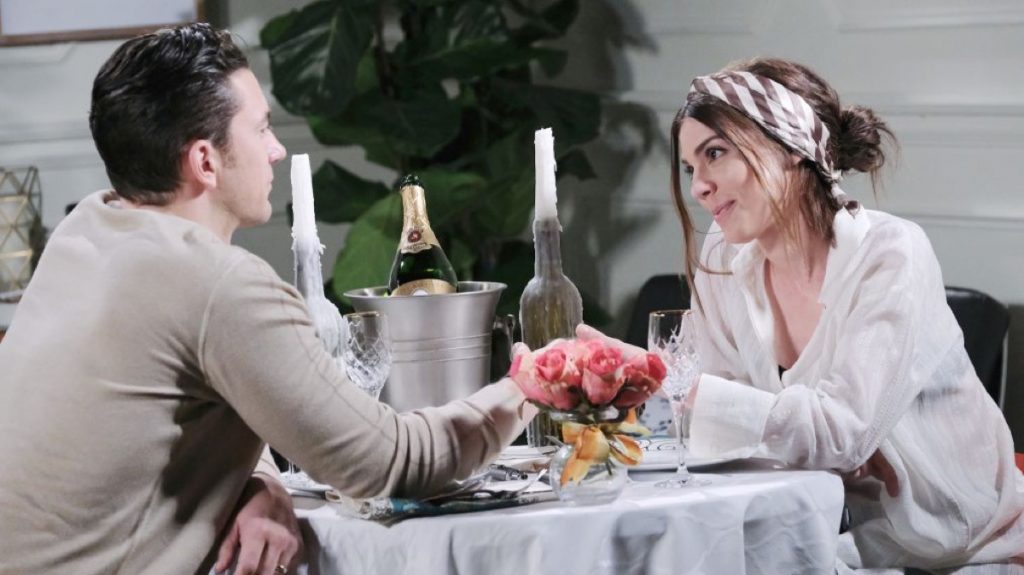 Days of Our Lives spoilers tease a new digital series. Titled Chad and Abby in Paris, it features one favorite super couple, Chad (Billy Flynn) and Abigail. Recently, actress Kate Mansi previewed what to expect and confirmed the debut date.

Days of Our Lives Spoiler – When Does Chad DiMera and Abby DiMera in Paris Debut?

According to the official DOOL app, Chad and Abby in Paris will debut on August 1. However, you can only watch it on that date if you have the app on your phone. More details about that are below.

To watch Chad and Abby in Paris, install the DOOL app on your phone. You can get it through the iTunes store or Google’s Play Store, depending on if you have an iPhone or Android. When you search, use the phrase “DOOL app.”

The first three episodes will be available on August 1. Afterward, episodes will air on a weekly basis until the end of the first season.

If you don’t have a smartphone or are wary of installing apps, you can watch it online on NBC’s official website. However, those episodes will not be available for one week after their original air date.

Chad and Abby in Paris is actually the title of the first season of a companion series. There is no word on the long-term plans of future episodes. However, it will be nice to see how the characters have been doing since leaving Salem. Chad and Abigail are a fan favorite couple and are missed on the show.

On the DOOL app, Kate Mansi discussed the series and what fans can expect. According to the actress, the project came together quickly. During the interview, photos were shown of the set. We agree with Mansi, that the sets are absolutely beautiful.

Kate also mentioned that Chad and Abby in Paris offers a unique look into the life of “Chabby.”

“Our characters have evolved and now there is another layer to Chad and Abigail because their parents, so there’s that struggle to find your own time and intimacy and your own independence and all that stuff.”

What do you think of the Days of Our Lives companion series? Will you be watching Chad and Abby in Paris?