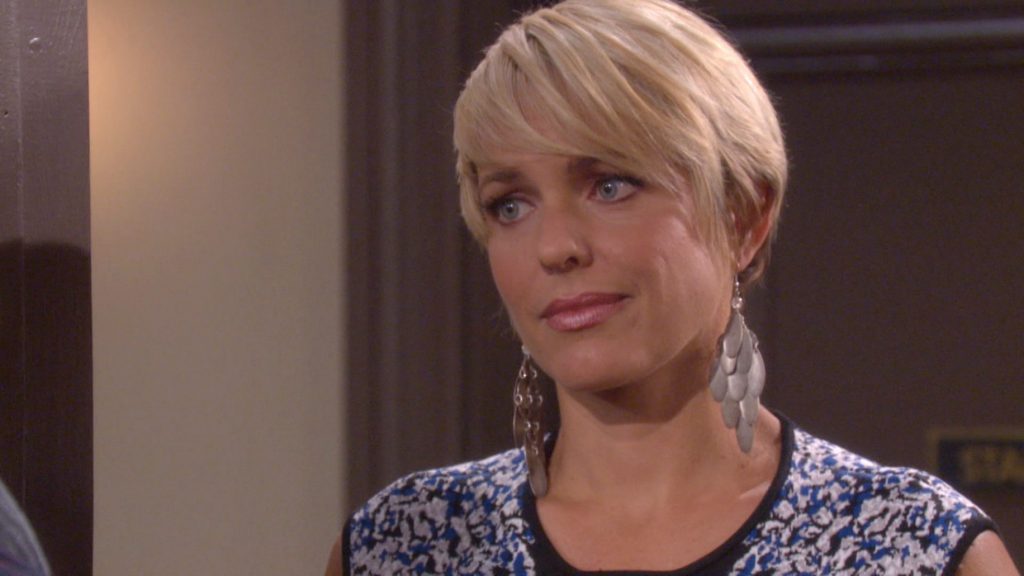 Days of Our Lives spoilers reveal there will be some more conflict with “Ericole” after the reunion. Sarah (Linsey Godfrey) is sacrificing her happiness for Eric (Greg Vaughan). However, Nicole (Arianne Zucker) will wonder if Eric still loves Sarah. Of course, a positive pregnancy test doesn’t make things any easier. Find out all the details on what to expect from this love triangle.

During the week of September 2, Eric will finally find Nicole. It is teased to be an emotional reunion. However, life won’t be a fairy tale for the two. Expect some issues, problems, conflict and confusion.

Sarah isn’t the only one who is worried. Nicole also has some concerns. She knows that Eric and Sarah were involved before she was found. Nicole tries to figure out if Eric still has feelings for the doctor. This question will become even more important as people figure out Sarah is pregnant.

Nicole has been gone for months. It took Eric a long time to get over her “death.” Now all of a sudden, he is told she is alive, right when he started a new romance with Sarah. Nicole will want to be with the man she loves.

However, she will also feel bad for Sarah, since none of this is her fault. She also has to consider if Eric and Sarah’s bond is stronger than they let on. Could he end up drifting back to his ex? These are all burning questions in Nicole’s mind.

While Eric is off reuniting with the woman he has always loved, Sarah takes a pregnancy test. It turns up positive. She panics, partly because she wonders who fathered her unborn child. The other part she worries about is telling Eric. Head writer Ron Carlivati discussed the storyline to Soap Opera Digest.

“She is forced to make a difficult decision and when Xander, who has a soft spot for her, uncovers Sarah’s secret, he offers his help.”