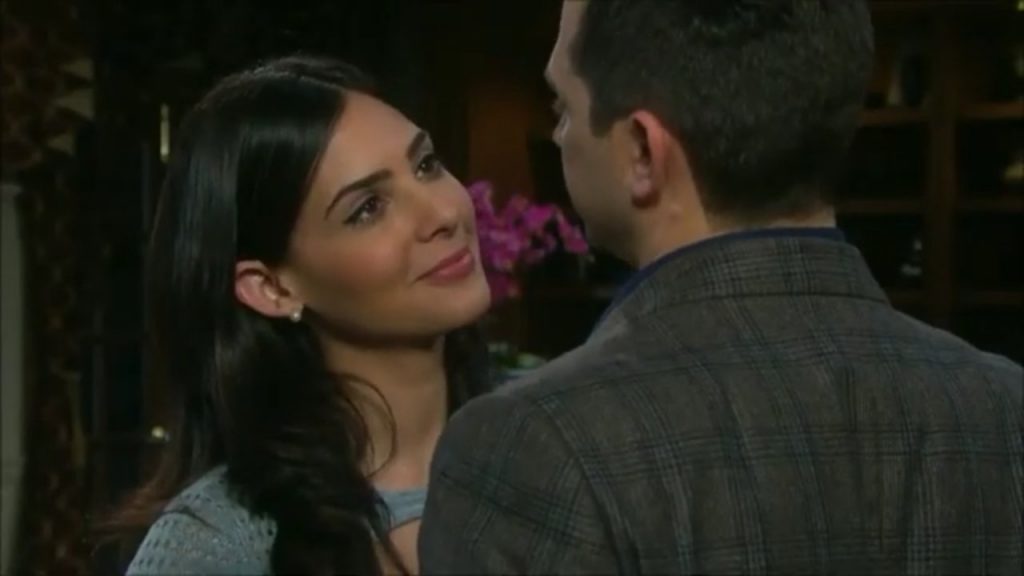 Days of Our Lives spoilers tease that Gabi Hernandez DiMera (Camila Banus) will be devastated when she learns of her husband Stefan DiMera’s (Brandon Barash) prognosis and will need to make a very difficult decision!

As Days of Our Lives viewers will recall, Vivian Alamain (Robin Strasser) shot and buried Kate DiMera (Lauren Koslow) and Kate’s survival was in question until Dr. Wilhelm Rolf (William Utay) happened by her room at Salem University Hospital and gave her a shot, probably of his resurrection serum. Kate didn’t remember what had happened to her at first, until she started talking with her grandson Will Horton (Chandler Massey) and then it all came back to her, and she confirmed what Will had suspected all along; that Vivian was the perpetrator!

Will then will tell Detective Rafe Hernandez (Galen Gering) to arrest Vivian, but when he gets to the DiMera mansion to ask questions, Gabi and Stefan will cover for Vivian, and later Gabi will help her escape. However, Vivian will still be on the police radar and Detective Lani Price (Sal Stowers) will spot her trying to leave Salem; she will aim her gun as Vivian pulls her own gun and aims for Lani, and Stefan will suddenly jump in between the two women probably trying to push his mother to the ground, and is caught in the crossfire and shot! Vivian will cry out over her son lying on the ground and will likely be distracted enough for Lani to put cuffs on her and 911 will be called. 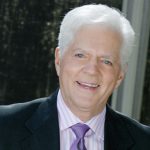 DOOL Spoilers – Stefan DiMera Is Brought To The Hospital

Stefan is brought to Salem University Hospital, and tests are run on him after medical staff attempts to save his life; however, Dr. Kayla Johnson (Mary Beth Evans) brings the grim news that there is no neurological activity; in other words Stefan is brain dead and in a vegetative state. The Days of Our Lives Fall preview shows this scene and also Gabi as she emotionally falls apart sitting on their bed. Short of Rolf showing up and giving Stefan a shot like he gave Kate, Stefan’s a goner! At the same time, Julie Williams, (Susan Seaforth Hayes) having had a second heart attack and her donor heart from Kate no longer being available, collapses and lies near death.

Soap opera supercouple Scott and Melissa Reeves have a busy fall ahead. Read the details below 👇👇👇👇
##DaysOfOurLives#DOOL#DAYShttps://t.co/gBA3MJPDbs

Gabi, dealing with her guilt over not believing Julie about her first heart attack and leaving her to die in the park, while also dealing with the news that there is no hope for Stefan to live apart from life support, being brain dead in a vegetative state, spends the night not wanting to lose Stefan or lose hope but yet knowing that his heart, which was not damaged in the shooting, could possibly save Julie’s life and that way Gabi could atone for her sins of disbelief and not calling 911 right away. What will Gabi decide?