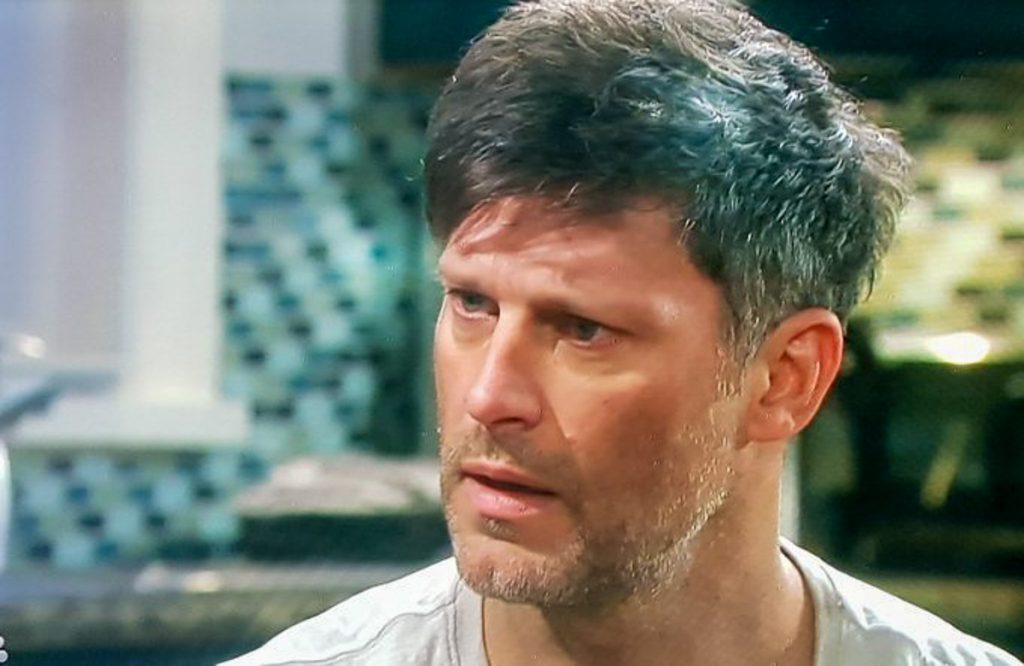 Days of Our Lives spoilers for Wednesday, November 13 tease of another day of excitement and suspense for Days of Our Lives fans! Bear in mind that in the United States, your program may be interrupted or totally pre-empted by the Trump Impeachment Hearings. Check your in-television guide to see if your local NBC affiliate is airing the show on a different channel the franchiser owns, such as Cozi-TV or Me-TV; this information may either come across your TV screen or be on the website of your local station; or check nbc.com or the NBC app after 8:00 PM ET.

Eric Brady (Greg Vaughan) realizes JJ Deveraux (Casey Moss) is high, and most certainly will take concern. In Monday’s Days of Our Lives episode, viewers found out that Haley Chen (Thia Megia) died during the one year skipped, and that JJ has a prescription pill bottle with white capsules in it. Chances are this may be a prescription for anxiety or depression, and he has become addicted to it, although it could be an illegal substance kept in a prescription bottle.

Nicole Walker (Arianne Zucker) and Sarah Horton (Linsey Godfrey) share their guilt over their deception of Eric concerning the paternity of Sarah’s baby girl, who Xander Kiriakis (Paul Telfer) claimed paternity of and had Dr. Wilhelm Rolf (William Utay) fake the paternity test for. Viewers will recall in Monday’s episode that Eric could not resist fussing over the baby when he was at the Kiriakis mansion for something else, and tried to hide his wishes for a child of his own when talking to Nicole at Basic Black. The two women will regret keeping the paternity secret and wish they could take it back so Eric would know the baby girl is his own.

Brady Black (Eric Martsolf) will recall his struggles over the past year; he and Kristen DiMera (Stacy Haiduk) gave birth to a baby girl, and Kristen left Salem for a period of time but returned. The baby was tiny; and Days of Our Lives spoilers imply that she may not have lived for very long. This would have certainly caused both parents a tremendous amount of grief, and account for why Kristen left Salem for a while. Days of Our Lives viewers will learn more about that in Friday’s episode. The Days of Our Lives spoiler video, “Salem Flashes Forward” has a scene with Brady weeping on Nicole’s shoulder so it certainly seems to indicate that the baby girl died.

Chad and Abigail DiMera (Billy Flynn, Kate Mansi) are now back from Paris and have moved into the DiMera mansion. Chad has a confession to make to Abby, and since a separate spoiler speaks of admitting he’s heard from his father, this may be about something different; possibly about something that may have happened while they were still in Paris.