Days of Our Lives Spoilers: Brady and Eric Suspicious of Kristen as She Exposes Sarah’s Secret 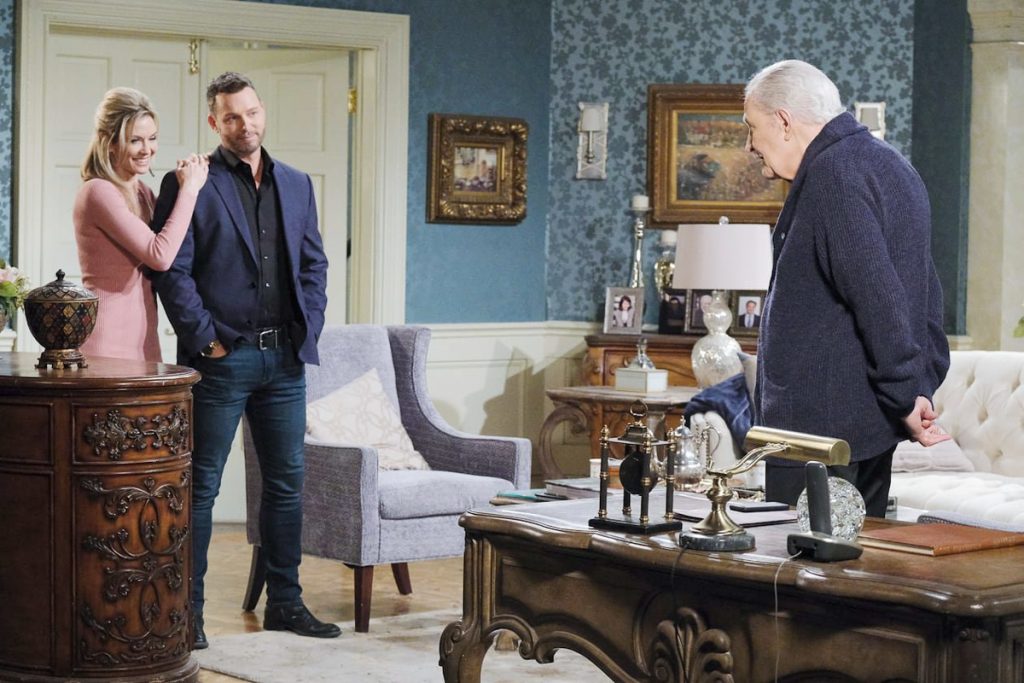 Most Salemites have no idea that Sarah is pregnant. Right now, the only people that know her secret are Xander Cook (Paul Telfer), Nicole Walker (Arianne Zucker) and Kristen DiMera. However, that is about to change. Fans can’t wait, either. This storyline has dragged on for long enough and Eric deserves to know the truth.

Days of Our Lives spoilers reveal that Kristen is the one that tells Eric that Sarah is pregnant. However, that isn’t the only thing she shares. The villain also tells Eric that it is possible that he is the father of that child.

It’s about time that Eric knows the truth, but this isn’t why Kristen shares the news. One possibility is that some negative attention is shining at Kristen. If Brady and Eric are suspicious of her, then it would be the ideal time for her to divert that attention toward someone else.

However, it is more likely that the brothers are suspicious when Kristen shares Sarah’s secret.

It is teased that fans should expect some drama to surround Sarah’s secret being exposed. Not only is she pregnant and Eric could be the father, but there is something else. Sarah is trying to flee town without letting Eric know. This is likely to cause a lot of conflict, not just between Eric and Sarah, but with the people that did know. This brings up another point – how will Kristen explain how she knew about Sarah’s pregnancy without exposing Xander — or herself?

Remember, one of them is the woman that Eric loves — Nicole Walker. How will she explain keeping such a huge secret from him? Is there any possible way to justify it?

What do you think is going to happen when Eric discovers the truth? Can he keep Sarah in Salem after Kristen blurts out the baby bombshell? Or will she be long-gone by then? Fans will have to keep watching the NBC soap opera to find out.

The Young and the Restless Spoilers: Paul Returns For An Investigation As Phyllis Sets A trap