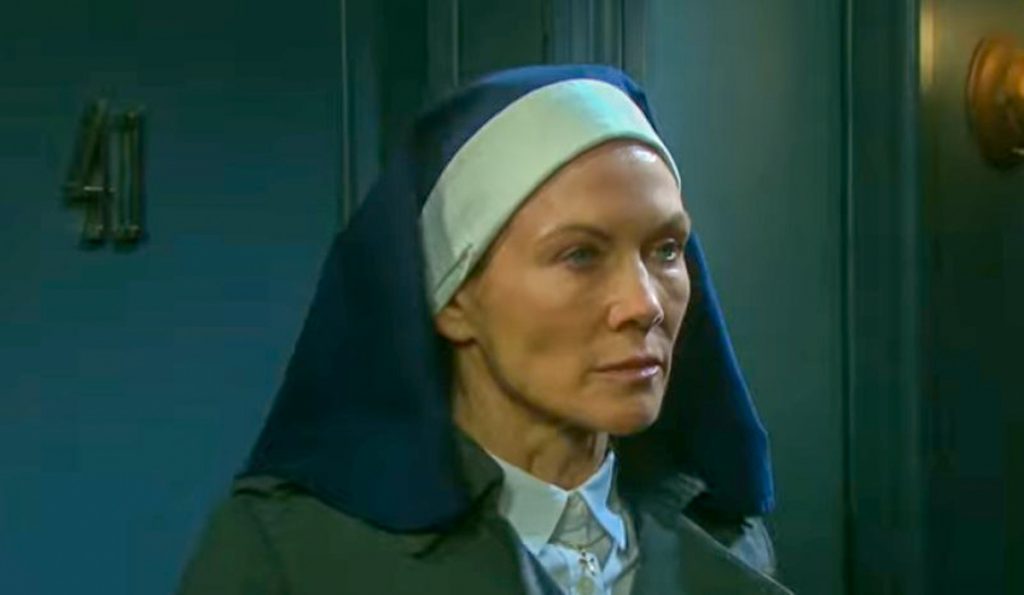 Julie and Doug Williams’ (Susan Seaforth Hayes, Bill Hayes) New Year’s Eve party at Julie’s place has a couple of party crashers as an unexpected couple shows up. We know from the Days of Our Lives weekly preview that Stefano DiMera (Stephen Nichols) shows up as Steve Johnson, so he might be one half of the couple, although Lani Price (Sal Stowers) and Kristen DiMera (Stacy Haiduk) are in the vicinity as well.

Kristen was right outside Julie’s Place and Lani wasn’t far away so they could easily come inside to the party and they definitely would be considered unexpected guests, especially Kristen!

DOOL Spoilers – Who Was That Santa?

Kayla already suspects that it is her ex-husband Steve Johnson, whereas John might be more suspicious that it could be Stefano, whether he says it out loud or not! John’s theory would be based on Marlena coming home and finding someone had slipped a Christmas gift into her purse, which turned out to be signed with an “S” and was a black onyx brooch, which would tie into Marlena’s past with Stefano.

Days of Our Lives Spoilers – Kristen DiMera Is Jealousy Green

Kristen is jealousy green as she remains tormented by the thought of “her” Brady Black (Eric Martsolf) being with Nicole Walker (Arianne Zucker). Days of Our Lives viewers will recall from Monday’s episode that Kristen caught the two of them in a romantic clinch outside of Julie’s Place and confronted Brady, to which he had replied that she shouldn’t care since she’s married to God and they had broken up, and her response was to tear off her nun’s habit in front of Brady and Nicole, to reveal a slinky, low cut, tight red dress that wasn’t very “sisterly” of her at all!

Eli Grant (Lamon Archey) gets shocking news after the security tapes from Gabi Hernandez DiMera’s (Camila Banus) Gabi Chic store are viewed. The vandal who completely shattered the storefront window looks like Lani, and dressed in her nun’s habit as she screams and throws a large flowerpot at the window!