Days of Our Lives Spoilers: Kristen Wigs Out After Learning About Brady And Nicole’s Reunion 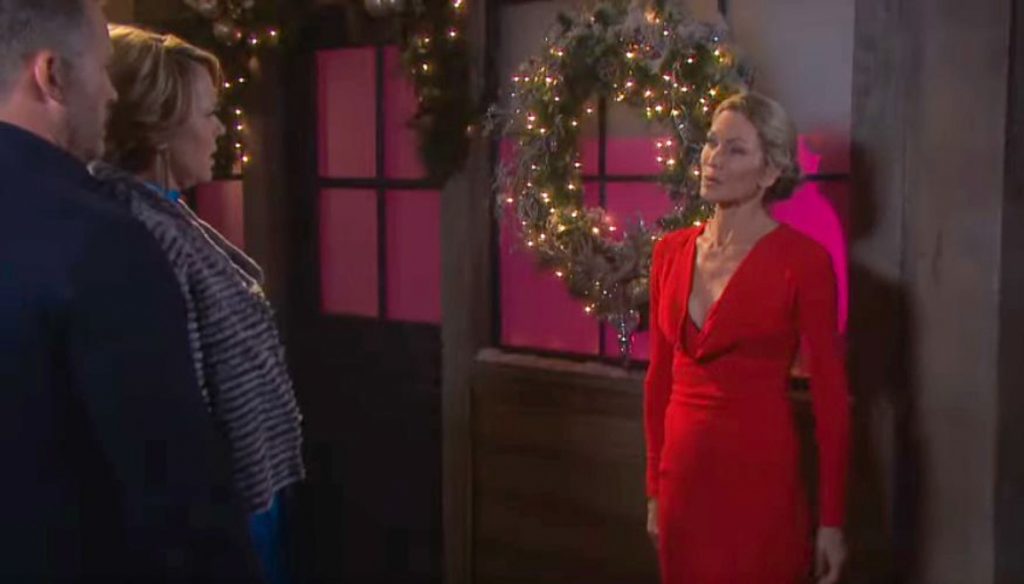 Days of Our Lives spoilers tease that those who think that Kristen DiMera (Stacy Haiduk) has changed, think again. As a matter of fact, whatever relationship she had with God is now over as the villainous blonde has nothing but revenge on her mind. Here’s what you need to know.

Sure, Kristen DiMera might have spent the last year of her life living the nun life at a convent in Rome, but it looks like she hasn’t learned a thing, especially when it comes to peace, love and acceptance. Instead, she’s the same exact person she was before she left Salem.

Days of Our Lives Spoilers: Kristen Wigs Out After Learning About Brady And Nicole’s Reunion

While no one knows what prompted Kristen to move to Italy before the time jump, we do know that Brady Black (Eric Martsolf) has been seeking the comfort and company of Nicole Walker (Arianne Zucker), much to Kristen’s dismay.

Speaking to the latest edition of Soaps in Depth, Stacy Haiduk, who plays Kristen on the hit NBC soap, puts it this way, “After deciding that she wanted to fight for Brady because she loves him, Kristen returns to Salem only to discover that he hasn’t exactly been pinning away for her.”

Days of Our Lives spoilers further indicate that this week Kristen will flip her lid when she sees Brady kissing Nicole. When Brady says that he thought Kristen was in a new relationship with God, she simply replies with “We’ve broken up,” before tearing off her habit and revealing a very sexy red dress.

Before Kristen finds out if this new relationship between Brady and Nicole is even real, she’s going to fight and attack and claim what is rightfully her own. And while Kristen DiMera is certainly one person in Salem that you don’t want to mess with, don’t think that Nicole is going to hand over Brady too easily. In fact, she’s going to attack back! It’s going to be one episode that you definitely won’t want to miss.

With that said, viewers will simply have to tune in each and every day to find out what happens next. Days of Our Lives airs weekdays on the NBC network. Check your local listings for times.

‘The Young and the Restless’ (YR) Poll: Will Theo and Summer Compete Against Kola?

Emmerdale Spoilers: Danny Not Done With Sarah Yet, Plus Moira Left Unconscious In A Ditch