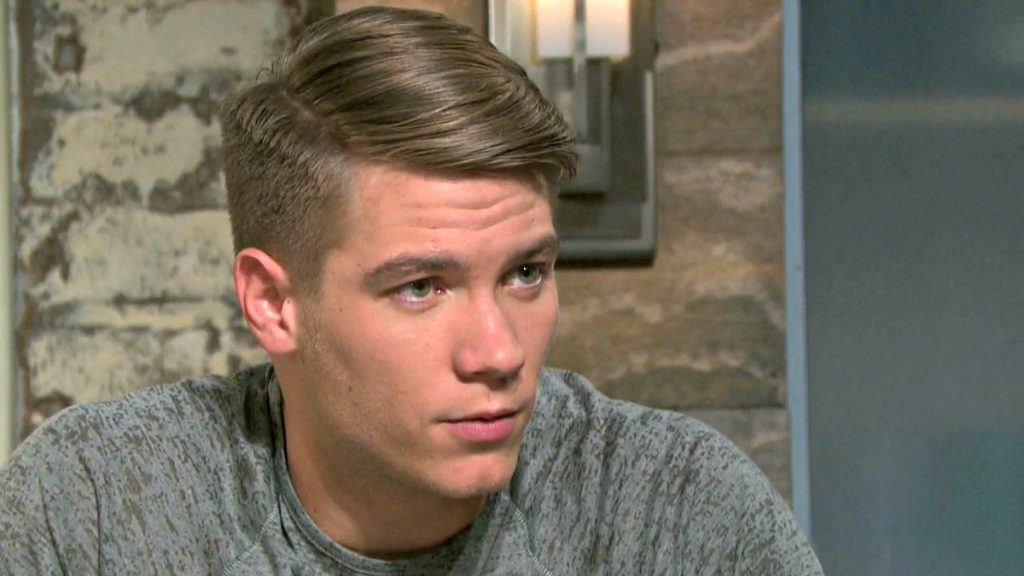 Days of our Lives spoilers for Wednesday, August 21stfinds Roman Brady (Josh Taylor) reluctantly goes with Anna DiMera’s (Leann Hunley) plan. Gabi Hernandez (Camila Banus) and Stefan DiMera (Brandon Barash) give in to their true feelings for one another while Tripp Dalton (Lucas Adams) comes clean about his feelings for Haley Chen (Thia Megia). Here’s what you need to know.

Desperate to get Tony DiMera (Thaao Penghlis) jealous and realize that she is his one and only true love, Anna will go forward with her plans to pursue fake love with Roman. After Anna had a showdown with Nicole Walker (Arianne Zucker) outside of Brady’s bar, she realized that she had to take things to the next level to convince Tony that he is making a mistake by remaining married to the wicked blonde.

That’s when she realized that the only way possible to get Tony to pull the plug on his faux marriage is if she has a faux one of her own. Seeing how he has no choice in this, Roman reluctantly agrees to Anna’s plan.

Also, Gabi realizes that she might love her husband Stefan more than she hates him. After her little showdown with Nicole and finding out that Nicole is actually Kristen DiMera (Stacy Haiduk), Stefan saved her before she could get into any more trouble. Gabi now can’t decide what she loves more: the power she has as the head of DiMera Enterprises or being Mrs. DiMera.

Elsewhere, Tripp finally tells Haley how he feels about her. Even though the two of them are still suffering from post-traumatic syndrome after everything they dealt with following Claire Brady’s (Olivia Rose Keegan) crazy meltdown, Tripp can’t help but feel a little certain something towards Haley. This, of course, is going to be a huge problem especially when JJ Deveraux (Casey Moss) finds out about it. Tripp wants to make things right and as much as Haley is pleasantly surprised by this, it just confuses her even more.

Also, Eric Brady (Greg Vaughan) is caught by surprise when Brady Black (Eric Martsolf) tells him that he’s in love with Nicole, not knowing that he’s actually been sleeping with Kristen DiMera this entire time. This in turn makes Eric a little jealous as he clearly hasn’t gotten over his feelings for Nicole yet. Xander Cook (Paul Telfer) is still causing trouble and is trying to put the moves on Sarah Horton (Linsey Godfrey), even though she is supposedly in a new, happy relationship with her ex-husband’s brother. Of course, fans will have to tune in to find out what will happen next!