Days of Our Lives Spoilers: Stefano DiMera Reveals His New Face to Salem, Find Out When the Big Reveal Happens 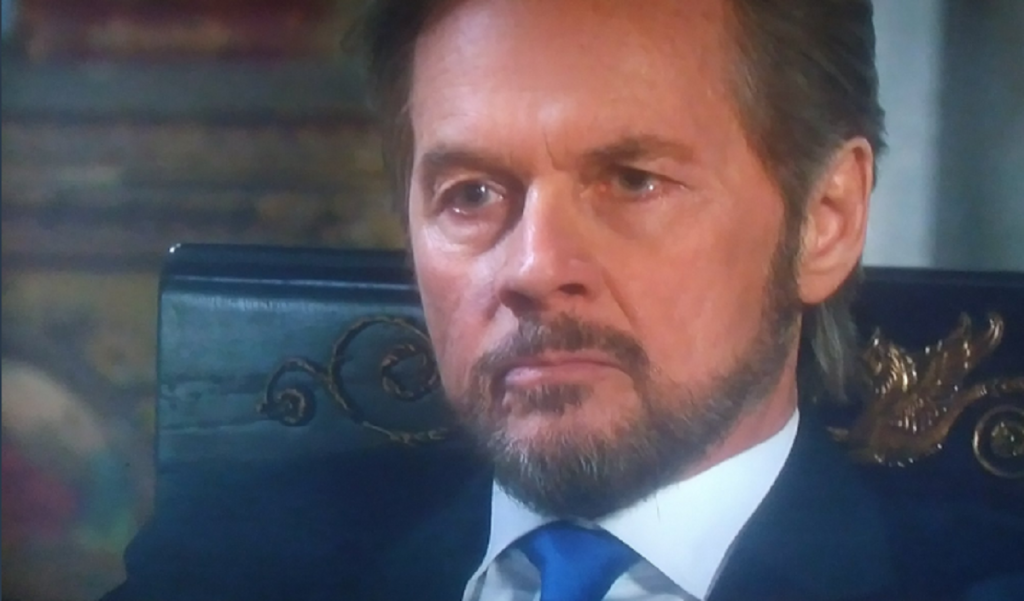 Days of Our Lives (DOOL) spoilers reveal Stefano DiMera (Stephen Nichols) is prepared to announce his presence in Salem. He will also be showing the entire town that he now has Steve “Patch” Johnson’s face. When will the shocking truth be exposed? How will everyone react and what happens next?

DOOL spoilers tease that during the week of December 30, Stefano will finally come out of hiding. He is prepared to show Salem that he is back and the town should be afraid, very afraid.

During the last few years that Joseph Mascolo played the villain, he wasn’t really vicious or frightening. He was still a powerful force in Salem but was more focused on his family.

With the brain chip turning Steve into “Steve-ano,” it is hinted that fans will see a lot of the old Stefano. Expect to go back in time to his classic schemes, which were dramatic, devious, dangerous and sometimes deadly.

The entire town will be shocked by the revelation that Stefano is back. Plus, the villain now has Steve’s face, which will make Salem wonder what happened to Patch and if he can be saved. The people that will be affected the most by the shocking reveal are Dr. Kayla Brady (Mary Beth Evans) and Dr. Marlena Evans (Deidre Hall), but for different reasons.

Days of Our Lives spoilers indicate that before the Stefano shocker, Kayla has an encounter with him. At the hospital Christmas party, she notices something familiar about Santa. She follows him and confronts the man, who she recognizes as her ex-husband, Steve. There are no details on how Stefano gets out of this situation, but he will likely act like he is Kayla’s former flame. However, Kayla will notice that something is off about her ex-husband.

After the “Steve-ano” bombshell is announced, she will finally understand. She will figure out why Steve went missing, why he stopped calling, why he signed the divorce papers without a fight. Because her husband was stolen — at least his face and body were stolen. It will also make her wonder if the real Steve is inside there somewhere and if she can somehow reach him.

Days of Our Lives Spoilers: Sinister Schemes and Deady Drama

It is teased that Marlena will also be deeply affected by the “Steve-ano” reveal. Someone has been sending her cards, flowers and gifts. She and John Black (Drake Hogestyn) figured it was Stefano. They wondered what he was up to and as fans know, Stefano has a mission to get back his queen. Stefano being back puts Marlena in danger.

Adding to the fear is Princess Gina (Kristian Alfonso). Kate Roberts DiMera (Lauren Koslow) knew about the Stefano scheme all along. She played on their terms but was threatened by Gina. It made it difficult for her when Marlena asked for her advice about John and “Hope.” Gina won’t hesitate to permanently eliminate anyone who gets in her way. But could Kate end up going back on her agreement in order to save Marlena from The Phoenix?

Be sure to tune in to catch up on everything happening with DOOL right now. Come back here often for Days of Our Lives spoilers, news, update and rumors!

Days of Our Lives Rumor: Xander Gives Sarah An Engagement Ring For Christmas – Will She Say Yes?