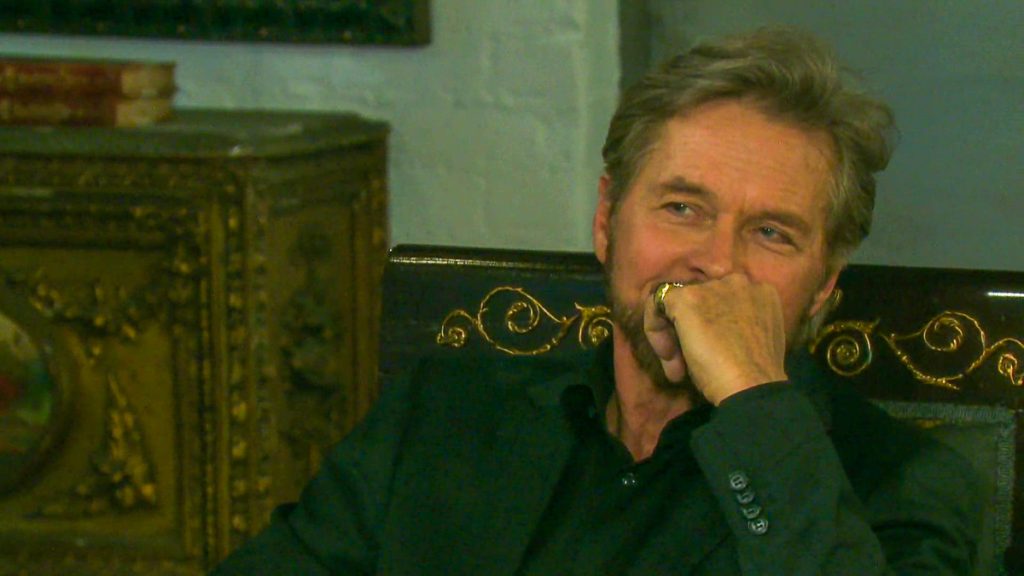 Days of Our Lives spoilers reveal Stefano DiMera (Stephen Nichols) and Princess Gina (Kristian Alfonso) have one common mission. They want to separate “Jarlena.” For the DiMera patriarch, it is so he can have Dr. Marlena Evans (Deidre Hall). Gina would love nothing more than to have John Black (Drake Hogestyn) to herself. After Gina is rejected, the two intensify their efforts.

DOOL spoilers indicate that Stefano has many plans. One of them includes getting his hands on Marlena. As long-time viewers know, the two have a long and complicated history. Some of the most memorable storylines on the soap opera include Stefano and Marlena.

As for Princess Gina, she desires to be with the only man she has ever truly loved. That individual is John Black, who is married to Marlena. She has invaded his life and even moved into the “Jarlena” penthouse. It was supposed to be a temporary arrangement, but she wasn’t in any hurry to leave. However, all of her efforts to get close to John were thwarted by “Doc.”

Days of Our Lives spoilers confirm that Marlena will give her husband an ultimatum. He needs to make “Hope” leave. He does, but then she blurts out her love for the man and suggests that he feels the same way about her.

Marlena knew that their houseguest had developed romantic feelings for John. However, he is stunned by Gina’s proclamation of love. He tells her that he doesn’t feel that way about her and his heart belongs to Marlena.

#DaysofOurLives #DOOL Spoilers: Kate Learns Chad's Been Talking to Stefano – Will She Try to Worm Her Way Back to DiMera? @celebratesoaps https://t.co/NWW5cwKx0v

After being rejected and kicked out of the penthouse, Gina goes straight to Stefano. She will once again insist that they have to break up John and Marlena. Stefano agrees, but he is a patient man who knows that rushing things can cause complications.

Before the time jump, Deidre Evans teased that “Jarlena” would be separated for a little while. However, their love is strong and fans didn’t have to worry about the couple. Considering the latest spoilers, that seems to suggest that Stefano and Gina will work even harder to split up the couple.

If they can’t get them to break up, then they could take one of them by force. Knowing Stefano’s history, there is concern about Marlena. However, since “Jarlena” is confirmed to be a forever couple, fans can rest assured that nothing can keep them apart for long.

Days of Our Lives Spoilers: Jay Kenneth Johnson Talks Last Blast Reunion, Reveals If He Would Come Back to DOOL Full-Time

Young And The Restless Preview: Propositions Being Made – Adam And Phyllis, Plus Billy And Amanda!