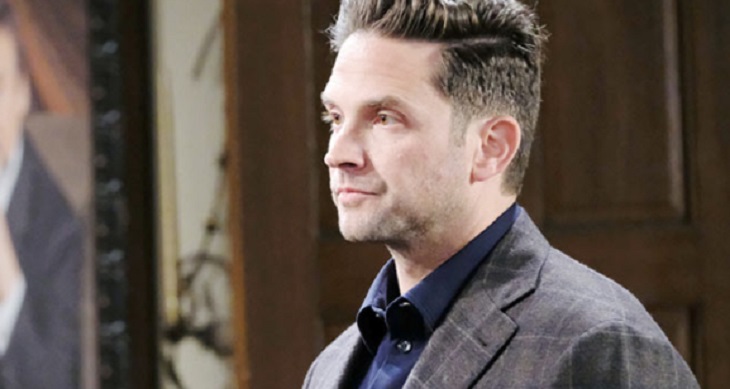 Days of Our Lives spoilers tease that one Salemite is arrested for murder. Who is the victim and did Stefan DiMera (Brandon Barash) really do it? Or is this part of a bigger scheme that will expose several secrets from multiple characters?

Stefan has been arrested on a few different occasions. The most recent incident was him being accused of kidnapping Ted (Gilles Marini) and Kate (Lauren Koslow). That case is ongoing, but fans know that Stefan had nothing to do with it. The people really responsible were Xander Cook (Paul Telfer) and Kristen DiMera (Stacy Haiduk).

DOOL Spoiler – Who Dies in Salem?

Although details are slim, chances are that Ted dies on Days of Our Lives. Spoilers tease that tragedy strikes after he confronts Tony (Thaao Penghlis) and Kristen. Afterward, Stefan reportedly gets arrested for murder. There have also been hints that Marini is exiting the NBC soap opera. This all has to be connected somehow.

There are two possible theories regarding Ted’s death. Either Kristen is involved in his murder or he dies accidentally. If he confronts Tony and Kristen, the vicious vixen will do anything to protect her scheme. She isn’t going to be exposed until she is good and ready. On the other hand, the spoiler says “tragedy strikes.” Ted isn’t exactly a perfect character, so it would be poor wording to call his death a tragedy for Salem.

Days of Our Lives – Kristen DiMera Gets Away With Murder?

If Kristen is responsible for Ted’s death, chances are she will get away with it. She is caught trying to dispose of incriminating evidence. But she always has an answer for everything. She can think quickly and be very convincing, even if she has to use death threats to get what she wants. How will she get out of this situation?

Gabi wants control over Stefan’s money, estate and company. The arrest allegedly happens after she marries him. Even though she does have feelings for Stefan, her thirst for revenge might be stronger. Could she use the kidnapping accusation and Ted’s death as a way to eliminate her enemy? She just might unknowingly be helping Kristen DiMera – the one person who stands in her way to claiming the DiMera empire.

Another clue is that spoilers tease that Gabi stabs Stefan in the back. How else to get what she wants than to get rid of Stefan by having him thrown in prison? After all, he did the same thing to her.