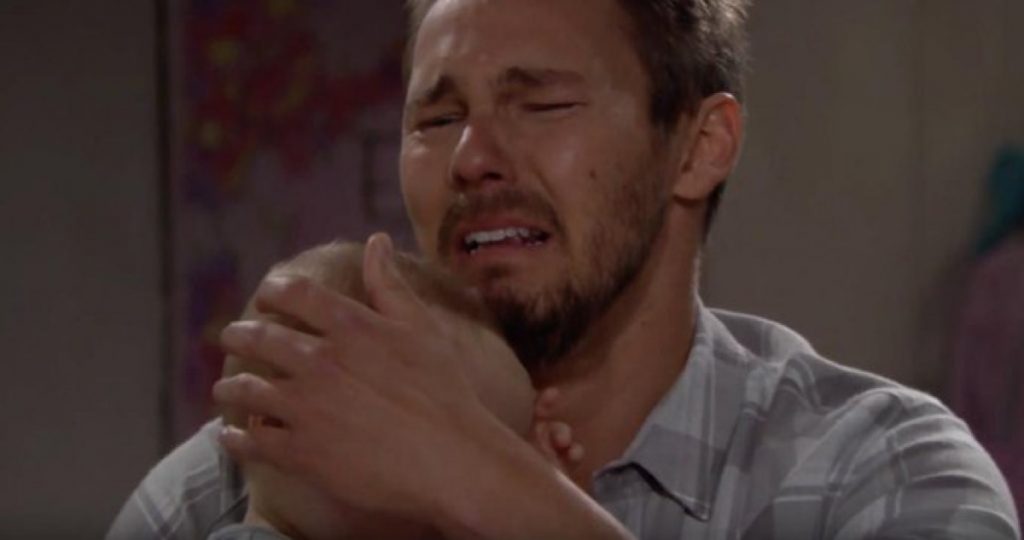 Hope Forrester (Annika Noelle) loves Liam Spencer (Scott Clifton) completely on ‘The Bold and the Beautiful’. That’s why her marriage in name only to Thomas Forrester (Matthew Atkinson) was never bound to last.

Now, as the baby swap reveal week approaches (teased as being the week of August 5), Liam is hot on the trail of what really happened to Lope’s baby on Catalina Island.

The Bold and the Beautiful Spoiler – Secrets, Lies, And A Miracle

The details of all that happened will create disgust among the principal players. Liam and Hope will be outraged that the doctor they trusted during the ill-fated baby moon to Catalina Island literally stole their baby, Beth Spencer (Madeline Valdez and River Davidson), and sold her for a quarter-million dollars to satisfy his gambling debt. Of that he gave Flo Fulton (Katrina Bowden), Hope’s later revealed cousin, fifty-thousand bucks for agreeing to pose as Phoebe Forrester’s birth mother.

However, the sweetest of all possible enders to this storyline will have Lope recognize that their grief is over. The joyful realization that Phoebe is Beth, just as Douglas Forrester (Henry Joseph Samiri) bravely told them at the cliff house, will cause their focus to radically shift to this amazing miracle, rather than continue to be affected by the ugly secrets that have been kept and the lies that were told to them by so many people who they knew and trusted.

Hope was resigned. She felt Lope had to end so that Liam could establish a traditional family with Steffy Forrester (Jacqueline MacInnes Wood). Together they would raise Kelly Spencer (Zoe Pennington and Allison Marcia Sweeney) and possibly, reform Steam as well.

Meanwhile, she believed Thomas loved her. Along with her desire to be a mother figure for Douglas, she could learn to be Mrs. Forrester. Maybe in time, Thomas would even start the family with Hope that he desired. But Hope has advised him that she wasn’t sure they would ever have a normal marital relationship.

The Bold and the Beautiful Spoiler – Unknown Consequence Revealed Later

Liam will find information that helps to expose what’s been happening. He and Hope will learn that Phoebe is Beth. They will be with their daughter and then have the option to reform their relationship.

But seasoned soap fans know that the climax to this enduring storyline may not be clean, even if it looks that way as and after the reveal happens. Will Hope realize that she’s pregnant in the near future and if so, will that child be Thomas’?

It wouldn’t be out of the question for B&B to have not shown Thomas using the remaining chemicals he purchased earlier this summer to accomplish his goal of having a family with Hope. While Thomas may soon be remanded to a facility, he could always return some day to meet his second son, or first-born daughter.