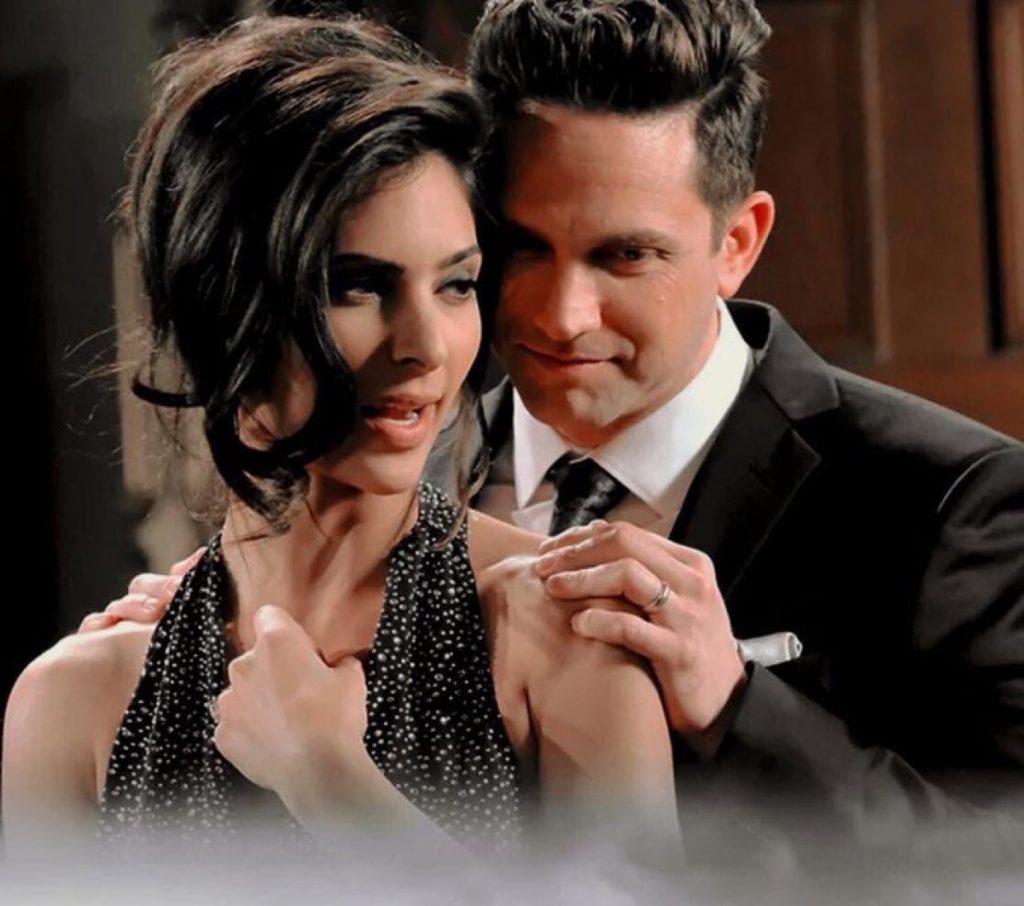 Days of Our Lives spoilers for Tuesday, July 30th finds Stefan DiMera (Brandon Barash) and Gabi Hernandez (Camila Banus) tying the knot. But that’s not the only wedding that is going down in Salem. Kristen DiMera (Stacy Haiduk) decides to marry her brother, Tony DiMera (Thaoo Panghlis), but under the disguise of Nicole Walker (Arianne Zucker). Elsewhere, Jack Deveraux (Matthew Ashford) decides to give Eve Donovan (Kassie de Paiva) her walking papers.

Stefan and Gabi might have had a rollercoaster of a relationship before they decided to get married but now that the day is finally here, the two of them couldn’t be any more in love. It’s been a long time coming, but Stefan has finally claimed Gabi as his own.

The two enjoy their new life in wedded bliss as they also plan to maintain control of DiMera Enterprises, even though Stefan was arrested and is currently out on bail. There’s also speculation that the power pair might be taking their relationship to the next level. Stefan has hinted that he would like to have a child of his own one day, leading to the speculation that fans might be seeing Gabi pregnant in the coming weeks.

However, there might be another person out there who is trying to beat them to the punch. Seeing how she’s in need of a new plan, Kristen decides to marry her own brother, Tony. Little does Stefan know that Kristen is looking to oust him just so she can become the new CEO at DiMera. Little does Kristen know that her own brother will bail out on her by the end of the week, leaving her once again without an alley or even a friend in the entire town of Salem.

Also, Jack has finally come to his senses and is kicking his wife Eve to the curb. After realizing that Eve tried to trick him with a fake serum, he is now demanding a divorce from the leggy but wicked blonde.

Days of Our Lives spoilers also say that Jack is going to fire Eve from her position as the police commissioner and replace her with Eli Grant (Lamon Archey) instead. Desperate and with no place to go, Eve comes up with a plan of her own to get her revenge. This won’t be the last that Jack sees her as Eve is determined to climb back up the ranks of power in no time.

Elsewhere, Brady Black (Eric Martsolf) and Sonny Kiriakis (Freddie Smith) discuss all of the changes that have been going on both at DiMera and at Titan Industries. Needless to say, fans will have to tune in to find out what will happen next.