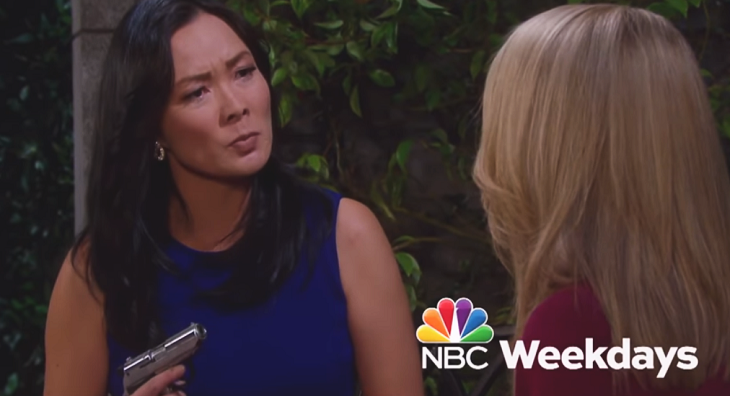 Kate tells Victor this is why she should be CEO. Victor wants Brady to explain immediately, Brady wants Kate to leave the room. Brady tells Victor that he gave him full control of the company. Kate wants Victor to explain what happened. Xander arrives and moves into the mansion. Xander vows to prove himself to Victor. Victor tells Kate to get him his gun. Victor wants Kate to watch Xander like a hawk. Kate promises Victor can count on her.

Days of Our Lives Xander approaches Sarah Horton (Linsey Godfrey) and wants to reconnect, she refuses. Xander wants another go with Sarah; Eric Brady (Greg Vaughan) knocks him across the room. Sarah asks if Eric is OK, he assures her he is. Brady meets with Xander and gives him divorce papers. Xander refuses to let Nicole Walker (Arianne Zucker) go. Brady promises to grant Xander whatever he wants for giving him the recording and signing the papers. Brady promises Xander a suite at the mansion.

Days Of Our Lives Spoilers – Chloe Lane Is Left Stunned

Nicole can’t believe she wanted Eric when Brady is the only person she could ever count on for anything. Nicole refuses to talk to Eric; he has hurt her enough. Eric says he should have back up Brady and fought for Holly. Xander shows up at Nicole’s room and tells her to invite him in since he gave her the divorce. Sarah apologizes to Eric and leaves. Brady tells Eric to give Nicole time; she will come around. Nicole and Xander celebrate that the plan went off without a hitch. 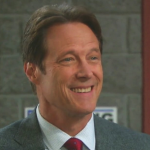 Days of Our Lives Nicole is at the Dimera mansion staring at Stefano Dimera’s (Joe Mascolo) portrait, Stefan Dimera (Brandon Barash) tells her Holly Jonas (Harlow and Scarlett Mallory) used to do that same thing. Stefan says Holly used to mistake Stefano for Santa, Nicole can’t believe that. Stefan is glad Nicole is there, he wants her to be there for Chloe Lane (Nadia Bjorlin). Chloe walks into the room.

Nicole had been to the funeral home and saw the dress Chloe picked out for the funeral. Nicole demands to know if Chloe thinks that will make up for what she let happen to Holly. She tells Chloe she could have gotten Holly out of there instead of using her to get Stefan. Stefan is sorry for what Nicole said to Chloe. Chloe should have let Holly stay at Victor’s without him. Stefan tells Chloe he had hoped to be a family with her and the kids. Stefan will take care of Chloe and her son as long as she will allow it.

Days of Our Lives Haley Chen (Thia Megia) and J.J. Deveraux (Casey Moss) are on the run. Haley and J.J. find out that Jack won the election. J.J. tells Haley he’s selfish, making her run without asking her first. J.J. apologizes for running. Haley tells J.J. her whole life is a lie and asks how she can ever accept Melinda Trask (Laura Kai Chen) as her mother. He tells Haley they are quite a pair, his dad can’t remember him and her mother wants to forget her. J.J. tells Haley none of this is her fault. J.J. tells Haley she is safe with him.

Days of Our Lives Spoilers: John On A Mission To Find Dr. Rolf’s Diary – Will’s Life Hangs In The Balance https://t.co/10geThHpaD pic.twitter.com/xFSPx72dwp