Days of Our Lives Spoilers: Ben Weston Gets Good News! 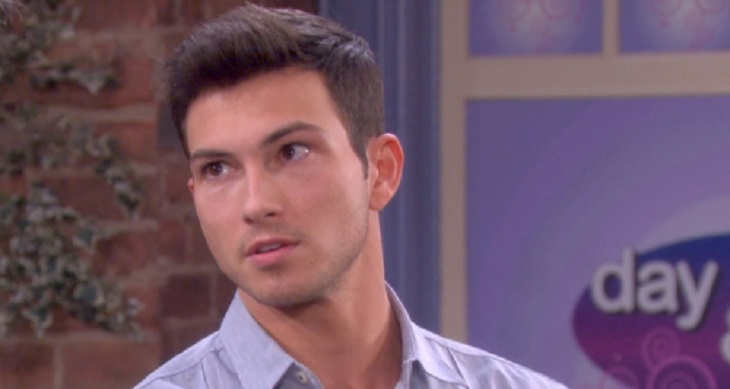 Days of Our Lives spoilers tease that the walls are closing in on Eve Deveraux (Kassie DePaiva) and Jack Deveraux (Matthew Ashford) catches her with Claire Brady’s (Olivia Rose Keegan) cell phone, which was supposed to be in the police evidence locker and Eve had lied to Eli Grant (Lamon Archey) who accused her of taking it.

Apparently this also got back to Jack, along with other things Eve had done and lied even to him about, and he forces Eve to drop the charges against Ben. Eve will hold a press conference to announce the charges being dropped, but that doesn’t mean she’s done with her revenge plan against him for killing her daughter Paige Larson (True O’Brien) which he truly was guilty of. She’ll continue to plot against Ben for that.

Days of Our Lives Spoilers – Ben Weston Gets Good News

This will indeed be good news for Ben, and especially the part of about the press conference. This will clear him publicly for the three arsons he had been a person of interest in, and falsely accused of committing. Undoubtedly he and his girlfriend Ciara Brady (Victoria Konefal) will find this cause for celebration, although Ciara’s happiness for Ben will be tempered a bit by her niece Claire’s exit from Salem to get mental health treatment, which she has so badly needed for quite some time.

Ciara is probably experiencing a mix of emotions, from regret at not seeing Claire’s instability and downward spiral mentally, to anger at what Claire tried to do to her, Ben, and others, but relief that Claire will finally get the care she needs and happiness that Ben is no longer being falsely accused for things he didn’t do.

Days of Our Lives Spoilers – Will Ben Be Forgiven For His Crimes?

Days of Our Lives viewers will be interested to see whether Ben is gradually forgiven for his past crimes as the Necktie Killer and accepted and trusted going forward as a valuable member of the community of Salem, and whether eventually he will be able to take employment elsewhere than as the security head for DiMera.

There has been nothing shown that indicates Stefan DiMera (Brandon Barash) fired Ben, so he’s probably working with him on his absences since things have settled down and there is no longer cartel danger.