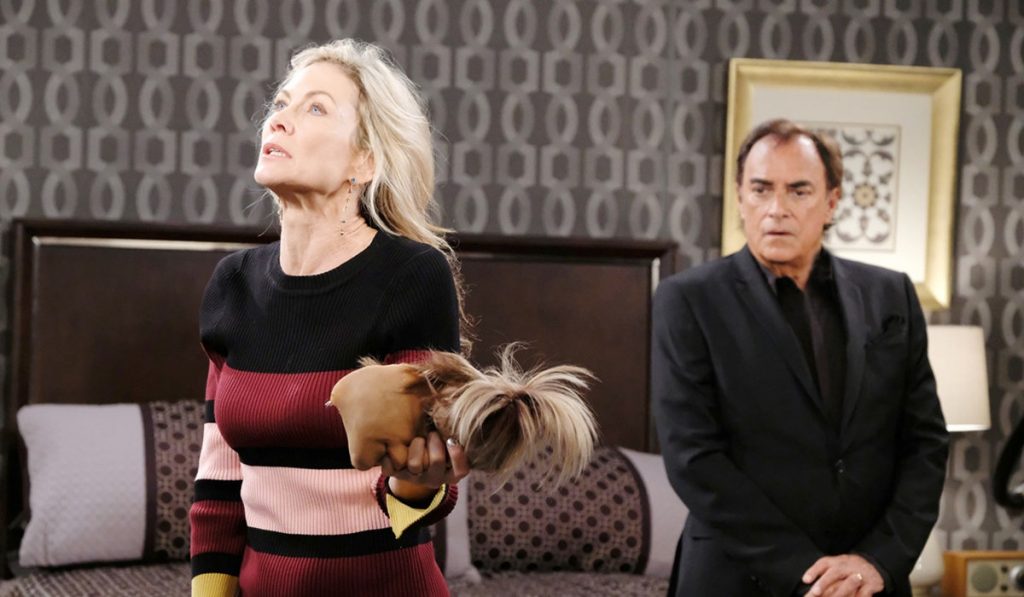 Days of Our Lives spoilers for Friday, August 23 finds a very desperate Kristen DiMera (Stacy Haiduk) pulling a gun on Marlena Evans (Deidre Hall) after she was exposed by John Black (Drake Hogestyn) at their anniversary party. Here’s what you need to know.

It all begins at John and Marlen’s party. Of course, a lot of people thought that Nicole Walker (Arianne Zucker) was just acting off or not herself simply because she was still mourning the supposed death of her child. But apparently, that wasn’t the case at all. Everyone, including Lani Price (Sal Stowers) and Eli Grant (Lamon Archey) were stunned to see that Nicole was actually Kristen this entire time. 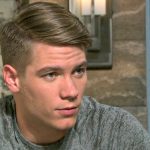 Days of Our Lives spoilers tease that Kristen is going to pull a desperate move. Seeing how she has no way out of this one, she is going to pull a gun on Marlena. She already has a gripe with her after their awful therapy session that went wrong. But now that she’s been backed in a corner, Kristen feels as though she has no choice but to bring someone else down with her. And who better than Marlena Evans, right?

Luckily, Kristen won’t get away very easily this time around. By the end of the party she will be put in handcuffs and escorted to the one place that she belongs: the Salem Police Department. But the drama isn’t over yet. Brady Black (Eric Martsolf) is now more confused and heartbroken than ever before. He thought that he was falling all over again for Nicole. Little did he know that he was actually sleeping with an imposter this entire time.

Elsewhere, all of this drama will give Sarah Horton (Linsey Godfrey) a reason to re-evaluate her own love life. After she saw Eric Brady (Greg Vaughan) desperately try to defend the person who he thought was Nicole, she’s not so sure about him anymore. Also, Xander Cook (Paul Telfer) will get put in the hot seat by Sarah and Maggie Horton (Suzanne Rogers). Both women will let him know that the little lying game that he has been playing with them will end here.

There will also be a little good news, too. Now that Tony DiMera (Thaao Penghlis) no longer has to pretend that he is married to his sister, he can finally move on with the one true love of his life, Anna DiMera (Leann Hunley). Days of Our Lives spoilers also tease that Tony will open up to Anna about everything he knows about Kristen. But unfortunately, there is trouble looming ahead for him and that’s because of the unfinished business that is connected with Ted Laurent’s (Gilles Marini) death. Fans will have to tune in for all of the action!