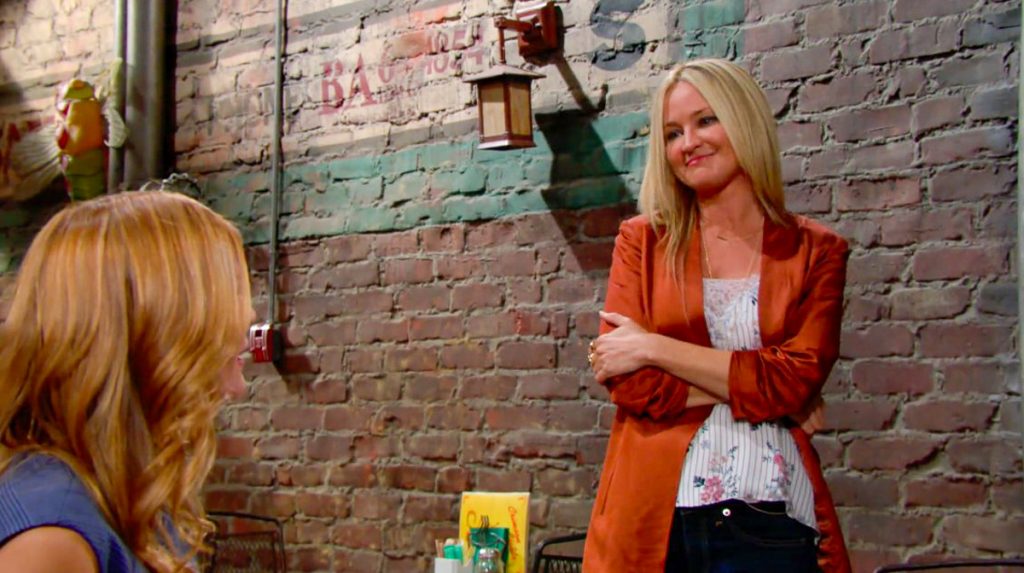 The recent degree that Sharon earned has been employed in ways that are professional and personal. Not allowing Phyllis to trigger her was another positive step in Sharon’s ongoing maintenance strategy.

Regarding Phyllis, her feelings about Adam are open to question. Has she fallen for him, or is her connection purely business based as she claims?

Young And The Restless Spoilers – Forward Progress Is Subjective

Sharon has maintained balance since around the time of her relationship with Scott Grainger (Daniel Hall). She didn’t fall apart, but instead kept moving forward.

However, in the above instances, Sharon was able to steady herself. Her bipolar condition continues to be treated with therapy, medicine, and free will resilience.

Sure, Phyllis could provoke Sharon again and a verbal fight, or more could be had. But even if (when) that happens, money is on Sharon to brush it off.

Hardcore fans are well aware that Y&R transferred Phyllis’ fixation on Christine Williams (Lauralee Bell) to Sharon many years ago. The breaking of Shick happened because Nick allowed himself to be with Phyllis, when he never should have.

With Nick no longer between both ladies, Phyllis attempted to insert Adam as the new battle point. Sharon didn’t bite, instead accurately describing Phyllis’ reaction to the loss of contact with Phyllis’ friend, Adam.

Sharon told Phyllis that she’s sinking back to town pariah status because of Adam’s exit. Stafford’s character knew what Sharon said was true and that her old provocation technique didn’t work.

Young And The Restless Spoilers – Phadam Seems More Likely Than Not

Sharon believes that Phyllis thinks of Adam as a friend. But it’s hard for viewers to tell if that’s true.

Phyllis acknowledged to Adam, when asked, that she likes him. Whether his eventual return from Las Vegas, Nevada, allows for more then a one-way friendship to develop can’t yet be projected.

Adam struck out in trying to regain Sharon or Chelsea Newman’s (Melissa Claire Egan) romantic interest. So Phyllis could become his third choice.