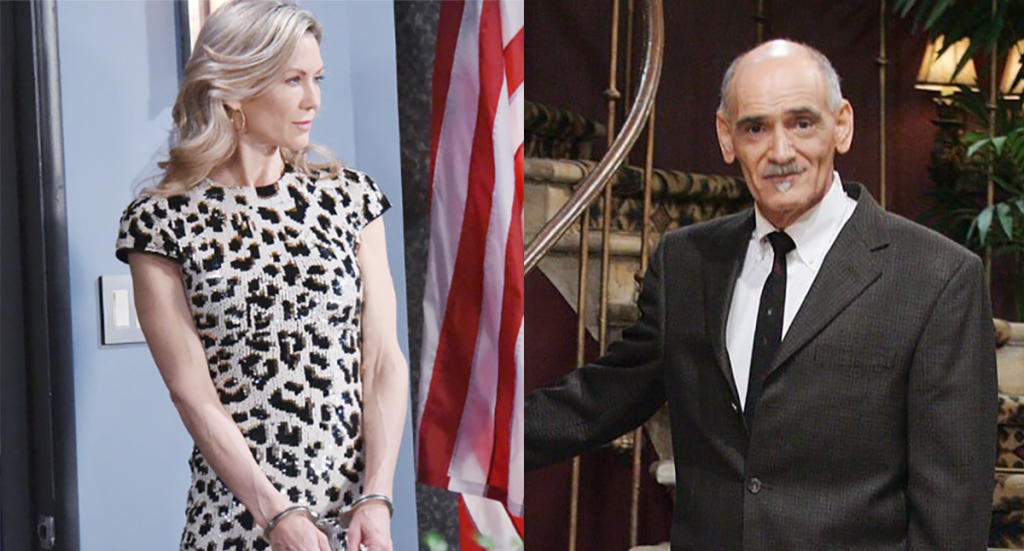 Longtime Days of Our Lives viewers will recall that Kristen wants a baby almost as much as she wants Brady Black (Eric Martsolf). She would do almost anything for a baby, preferably Brady’s, but if she has to settle for someone else’s, she’ll be satisfied with that!

In the mid-1990s, she bought the real Susan Banks’ (then played by Eileen Davidson) baby, EJ DiMera (Avalon, Dillon and Vincent Ragone). She locked Susan in a secret room, where she emotionally tortured her. Kristen later tricked her into signing over custody of him and tried to kidnap him when he was two years old. Then she stole his body from the morgue after he was an adult.

Days Of Our Lives Spoilers – Will History Repeat Itself With Kristen DiMera?

Kristen became obsessed with Brady and blackmailed Theresa Donovan (Jen Lilley) to leave him. She even had her kidnapped and stole her embryo and had it implanted into herself.

She then fled to Europe with Theresa’s stolen embryo. Kristen also had Theresa kidnapped and flown to Italy. She also ordered an execution on Brady and Theresa when her plans didn’t work out the way she wanted them to.

Other DOOL spoilers tease Kristen will ask Xander Kiriakis (Paul Telfer) an awful lot of questions about Sarah Horton’s (Linsey Godfrey) pregnancy. While embryo transplantation is not an unusual procedure with couples having in vitro fertilization done, taking an embryo from within a pregnant woman’s uterus and implanting it into the uterus of a different woman is, and could be, quite dangerous!

Days Of Our Lives Spoilers – Will Dr. Rolf Agree To Help With The Procedure?

Rolf, however, maybe a little hesitant to transplant an embryo between two women. He is more of a scientist than a fertility expert or a surgeon. But according to DOOL spoilers, Sarah contemplates getting an abortion. Maybe Rolf could preserve the embryo alive to implant into Kristen if he performed the abortion.

Sarah is not likely to bite if she knows he is going to do it. But she will change her mind about the abortion anyway. This could put Sarah and baby Brady in some serious danger if Kristen moves ahead with her plans. Especially if Sarah decides to keep the baby!