Days of Our Lives Spoilers: Kristen DiMera Demands Xander Help Her – What Evil Scheme Has She Come Up With Now? 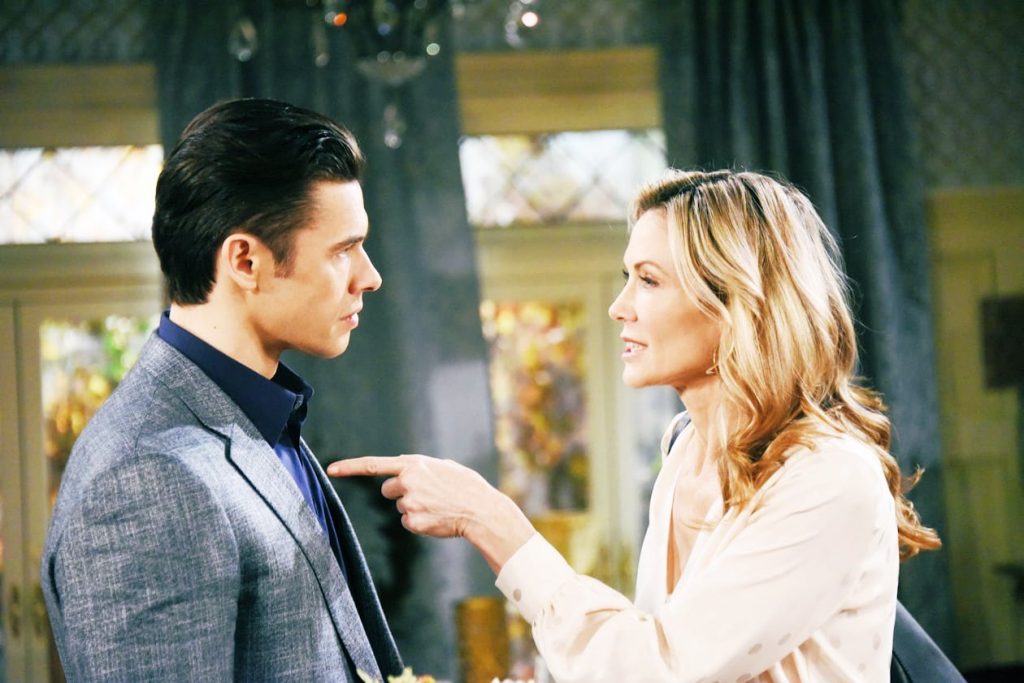 Days of Our Lives spoiler reveal Kristen DiMera (Stacy Haiduk) hasn’t learned her lesson. After being released due to an immunity deal, she starts making demands. She goes to Xander Cook (Paul Telfer) and orders him to help her get back Brady Black (Eric Martsolf). What evil plan has she come up with this time?

The latest DOOL spoilers tease that Kristen DiMera is not going to stop scheming. In fact, she comes up with another plan to get back the man she loves. However, she can’t do it by herself. She enlists the help of Dr. Rolf (William Utay). There is also another unsuspecting Salemite that ends up in Kristen’s crossfire, thanks to Xander Cook.

Days of Our Lives spoilers reveal Ciara Brady (Victoria Konefal) was right about Brady. She told him last week that his heart was conflicted. Even though he hates Kristen for what she has done, he also has a strange attraction toward her. This was proven when he accused her of raping him, then started making out with her. This will make it even easier for Kristen to get what she wants, especially when she puts her plan into place.

Days of Our Lives Spoilers – Xander Cook’s Hand is Forced?

In the latest issue of Soap Opera Digest, it is stated that Kristen demands Xander’s help. He doesn’t want to go back down that dark path. He is trying really hard to be a good man for Sarah Horton (Linsey Godfrey). However, Kristen is the mistress of manipulation. She ends up getting information out of him about Sarah, including the fact that the doctor is pregnant, and is considering abortion.

It is suggested that Kristen’s new plan involves Sarah’s unborn baby. When the doctor decides to get an abortion, Kristen will use this to come up with a shocking plan. As evil as she is, Kristen has always dreamt of having a child of her own. However, her age and infertility make it impossible.

The only way she has been able to have a child is by stealing another woman’s fetus and implanting it in herself. This is what she did with Theresa Donovan (Jen Lilley). It seems that we might be seeing a twist on an old storyline.

However, will Xander decide to take action to prevent something tragic from happening to Sarah? If he loves her so much, he will man up and stop this before it’s too late.