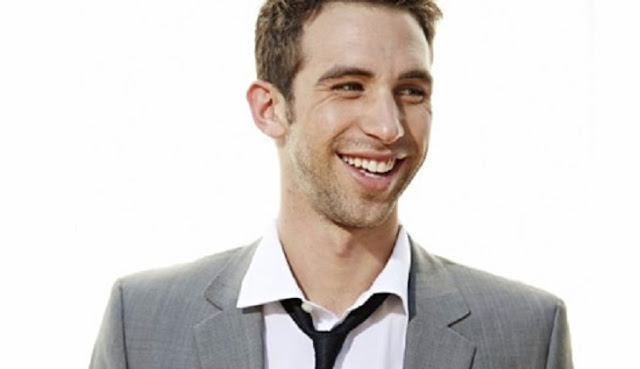 Days of Our Lives (DOOL) alum Blake Berris has an exciting new project he’s working on. The actor will be in a new Hallmark movie titled, Forever in My Heart. Keep reading to get the details on the upcoming film.

Blake Berris’ History on Days of Our Lives

Berris began his work on Days of Our Lives in 2006. He played the character of Nick Fallon. His final appearance was in 2014. As fans may recall, he had a relationship with Gabi Hernandez DiMera (Camila Banus), but it soon turned sour. He became obsessed with her and she ended up killing him in self-defense. At one point, he ended up coming back, which was a shock to everyone in Salem.

In addition to having a role on Days of Our Lives, the actor also appeared on General Hospital. On GH, his character was Damien Spinelli. He appeared in two episodes during 2017.

Starring Jack Turner and Merritt Patterson, the Hallmark premieres on Saturday, September 14 at 9/9 Central. According to a press release from Crown Media, the film is set in Ireland.

The synopsis states that Merritt Patterson plays Jenna, who works for a family-run inn. She ends up falling in love with the owner’s son, Charlie (played by Jack Turner). When Jenna moves back to the United States, they try to maintain a long-distance relationship. However, things end up falling apart.

Five years later, she is engaged to Blake Berris’ character (the synopsis doesn’t give his name) and returns to Ireland while on business. Despite her engagement, she is drawn to her old love. Ultimately, Jenna must decide between her fiance and American career, or to stay with Charlie at the Irish inn.

In addition to Forever in My Heart, General Hospital and Days of Our Lives, the actor has a long list of acting credits. He has appeared in NCIS, Bones, Rebel, Longmire, Con Man and She’s Missing. His most recent projects include The Coop and Never Grow Old.