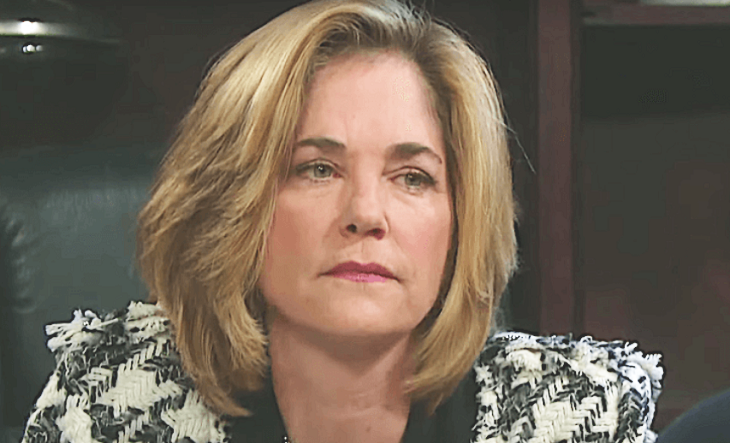 Days of Our Lives (DOOL) spoilers teased that Jack Deveraux (Matthew Ashford) would dump Eve Donovan (Kassie DePaiva). That happened on Friday’s episode, but there will be consequences and fallout.

Jack, as well as some fans, believe that Eve just used him. Recently, the actress spoke to Soap Opera Digest and revealed Eve’s feelings for Jack. Also, what can viewers expect now that her heart has been broken?

Those who follow DOOL and know Eve’s personality have an idea of what to expect. She doesn’t deal with rejection or heartbreak very well. However, she makes her own bed when she keeps secrets, lies and manipulates, especially where Jack is concerned.

Days of Our Lives spoilers reveal that Jack plans on following through with leaving Eve. She is holding what she claims is the real serum over his head. However, she isn’t doing it out of cruelty, but from a place of pain. When Jack accused her of never loving her dead daughter, Paige (True O’Brien,) it was extremely painful for Eve.

Eve did love her daughter but they also had a dysfunctional relationship. Many times, it seemed like Eve was the daughter and Paige had the maturity of a mother. It may have created some issues, but Eve did love her child.

With this being said, how does Eve feel about Jack? Were her feelings for him genuine or was Jack just a prop in her latest scheme? Kassie DePaiva gave the answer in the August 5 issue of Soap Opera Digest.

“She cares about Jack. She didn’t just use him to hurt Jennifer. She manipulated the situation because she wanted to be with Jack.”

This isn’t the first time Eve has crossed the line in order to steal Jack from Jennifer and it won’t be the last. If she truly loved him, then she would give him all the information so he could get his memory back. It isn’t just Jennifer he’s forgetting, but his own children, JJ Deveraux (Casey Moss) and Abigail DiMera (Kate Mansi), There is also a grandchild involved now.

Days of Our Lives #DOOL Comings And Goings: Another Major Cast Member Exit In The Works @celebratesoaps https://t.co/iXXobMOxkg

Days of Our Lives spoilers tease that things will just get more intense, though. Eve will continue trying to get her way. Then, Jack will fire her as the police commissioner. This takes away some of her power, but not her determination. She is a woman scorned and will stop at nothing to get revenge. Is Jack and his whole family really prepared to deal with the consequences of crossing Eve Donovan?