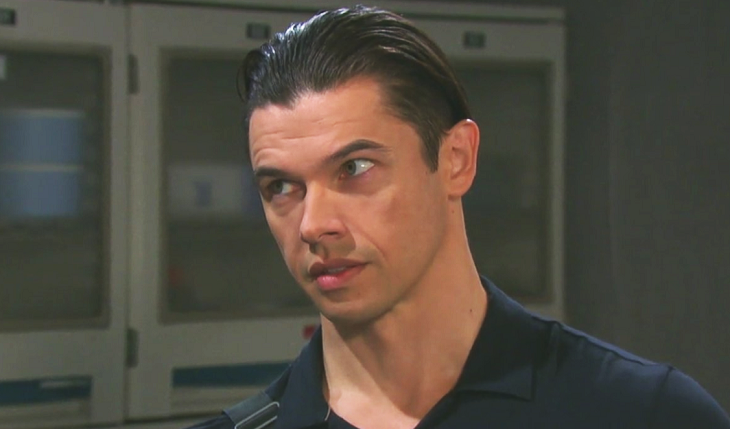 Days Of Our Lives spoilers tease that Jack Deveraux (Matthew Ashford) has a job for Xander Cook Kiriakis (Paul Telfer) that Xander has some experience in – kidnapping. As part of “cleaning up Salem” and especially for immigration violators, Jack will overstep his authority.

Instead of letting the Salem PD or ICE do their job, on their own, he might feel that the process is not happening quickly enough and he’ll try to hire Xander to kidnap Tripp Dalton (Lucas Adams), possibly hoping to draw out JJ Deveraux (Casey Moss) and Haley Chen (Thia Megia) in the process.

Meanwhile, the Salem PD will have some success in tracking JJ and Haley, as JJ contacts his stoner friend Rory (Kevin Riggin) for some help and Eli Grant (Lamon Archey) manages to find Rory and bring him in for questioning. However, Rory won’t likely divulge JJ and Haley’s location.

Days Of Our Lives Spoilers: Ted And Hope Go On Their First Date, Will Has A Meltdown

Days Of Our Lives Spoilers – Trying To Make It To Canada

JJ and Haley had discussed trying to make it into Canada. But Canada is a long way from the Horton Cabin at Smith Lake even if they did get some help. They have managed to come up with a way to disguise themselves, with JJ sporting a beard and longish hair that makes him look like a walking advertisement for Underwood Deviled Ham.

Haley has a fluffy red wig, and both are dressed in outlandish red white and blue costumes that reek of 1960s -1970s hippiedom! In the late 1960s and early 1970s, such garb would have made them blend in, but in 2019, they’ll only stand out like sore thumbs!

Besides, they don’t have a Volkswagen bus with a flower power paint job to match. Perhaps the costumes are something that Jack and Jennifer Horton (Melissa Reeves) wore back in the day on Days of Our Lives.

Even if Tripp is captured he’s not going to spill, either, and especially not to Jack. He knows the reason he, JJ, and Haley are in trouble to begin with is because of Jack and Eve Deveraux’s (Kassie DePaiva) making Haley a poster child for the illegal immigration problem in Salem, and using her for their campaign platform.