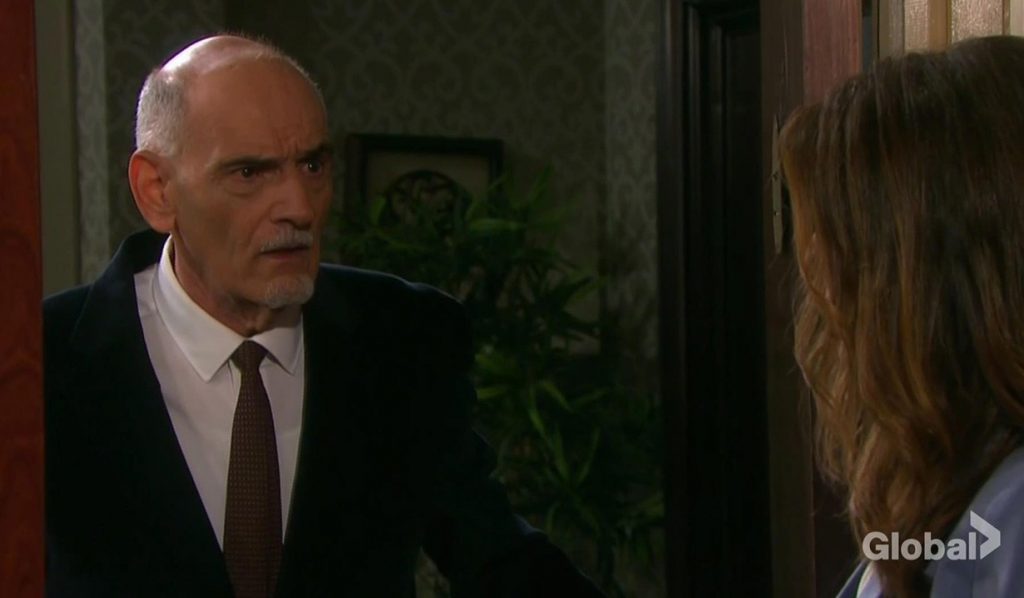 Days of Our Lives (DOOL) spoilers tease Dr. Rolf (William Utay) has an offer for Brady Black (Eric Martsolf). It is something he can’t turn his back on. What could it be and what kind of consequences will Brady face? Does this have anything to do with the rumors that “Bristen” is making a comeback?

More than anything in the world, Kristen wants to be back in Brady’s arms. She has tried these several different ways over the years. However, all of her attempts have failed. She actually justifies wearing the “Nicole” (Arianne Zucker) mask by saying she did it all for him. She also claims that on some level, Brady subconsciously knew he was sleeping with Kristen.

Now that the truth is out, Brady is conflicted. However, his number one priority is getting Kristen to reveal Nicole and Holly’s whereabouts. Unfortunately, she refuses to divulge any more information until she gets a deal.

Days of Our Lives spoilers reveal Dr. Rolf makes Kristen a promise. He assures the villainess that he can help her get her wish — he can reunite “Bristen.” How does he plan to do this? He’s definitely up to his old tricks. All that was said about this was it will be something Brady can’t turn his back on.

It is suggested that Brady and Kristen might get back together. However, there is no way that Brady would ever do this willingly. Does she manipulate him again? Does Dr. Rolf have something to do with it? Could Kristen threaten Nicole or little Holly in order to get her way?

What do you think is going to happen with Brady and Kristen? Will they get back together? If so, is it consensual or does Kristen manipulate her way into his arms?