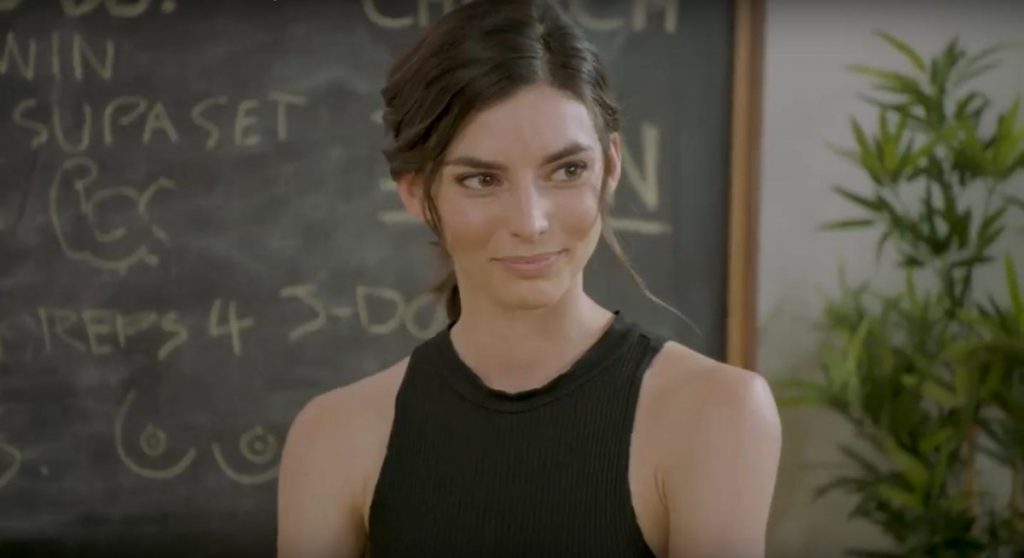 Days of Our Lives (DOOL) spoilers tease there is more drama coming on the companion series Chad & Abby in Paris. Actress Rachele Schnank discussed her character, Juliette on the official DOOL app. Find out what she had to say, plus discover her history with the NBC soap opera.

Currently, Rachele Schank plays Juliette on Chad & Abby in Paris. She fought hard to climb up the corporate ladder. However, her dreams were stalled when Chad DiMera (Billy Flynn) suddenly showed up in Paris and took over.

However, the relationship went from bitter to flirtatious. Even though Chad is committed to Abigail (Kate Mansi), Juliette is trying to worm her way into Chad’s arms. Plus, the actress explained that even though Juliette hasn’t met Abigail, she doesn’t like the woman. Rachele added that there is a mounting attraction between the DiMera co-workers. Sounds like there might be an affair, or at least Juliette hopes so!

Days of Our Lives spoilers suggest fans shouldn’t put all the blame on Chad, though. Abigail is lonely and is spending more time with Austin Reed (Austin Peck), who turned up at her door.

Days of Our Lives Rumors: Sarah Dumps Eric for Good, Not Pleased He Run To Search For Nicole https://t.co/RzPl8B0xSQ pic.twitter.com/VPdV1XMU5e

It turns out that this isn’t Schank’s only meeting with some of the Days of Our Lives cast. She recalls meeting Melissa Reeves and some other DOOL stars several years ago.

“Days of Our Lives was the very first film set I had ever visited. When I was young, my aunt won a tour with Melissa Reeves at an auction. She took us around the set… They took us around Salem and we got to meet everyone, we sat on set awhile, ate with Melissa and it was great. And now here we are!”

Days of Our Lives spoilers confirm “Chabby” returns soon. When Chad and Abigail come back to Salem, will Juliette follow? Or will her interference in Chad’s life end when the fan-favorite couple returns home? Keep watching to find out!

Days of Our Lives Spoilers: Eric Finds Nicole, But Will They Get A Happy Ending?