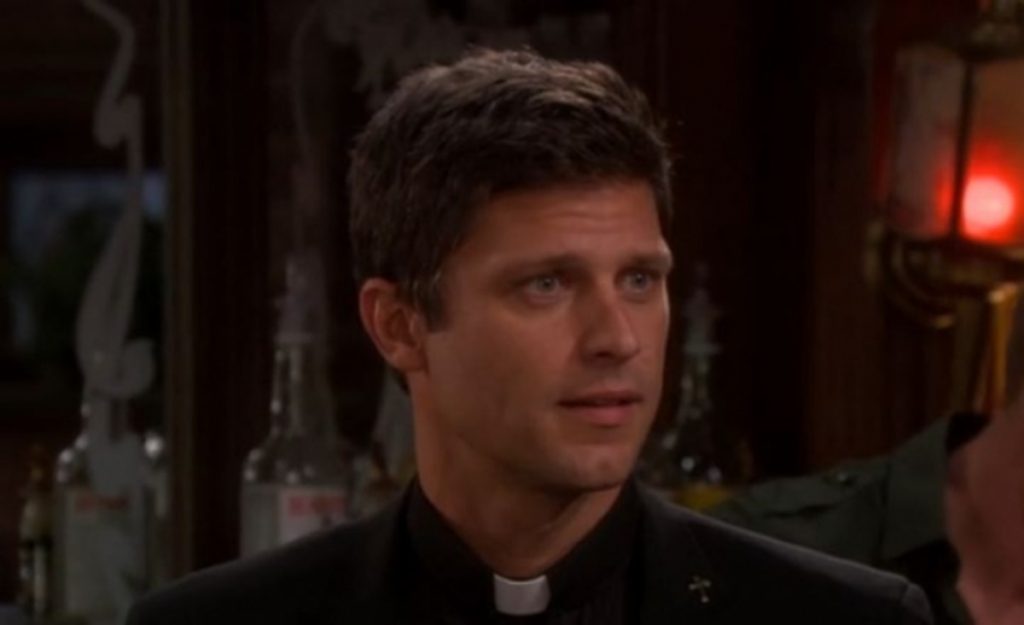 Days of Our Lives (DOOL) spoilers reveal Eric Brady (Greg Vaughan) loses his cool with Kristen DiMera (Stacy Haiduk). After the impersonator admits Nicole Walker (Arianne Zucker) and her child, Holly are alive, there is more shocking news. It turns out Nicole made a deal with the devil in order to get her little girl.

On Friday’s episode of the NBC soap opera, Kristen’s mask was ripped off her face. It exposed to her everyone at John (Drake Hogestyn) and Marlena’s (Deidre Hall) anniversary celebration. She almost got away with a hostage, Marlena, but kooky Susan saved the day.

Days of Our Lives spoilers tease Kristen has plenty to say, but some facts she is keeping to herself. Once she explains that Nicole and Holly are alive, it will be a shock to everyone. However, there is more and Salem might not be prepared to handle the news.

It turns out that Holly wasn’t sent to live with some random family. Kristen made a deal with the fan-favorite character. Nicole told the villainess everything about her life, including mastering Nicole’s voice, tone, body language and mannerisms in order to fool everyone in town. In exchange, Nicole would be given her baby girl.

Once Brady Black (Eric Martsolf) finds this out, the news is delivered to Eric. Despite him being so distraught over the exposure, just knowing that Nicole and Holly are alive should give him enough strength to go find them.

Days Of Our Lives Spoilers: Eric Tells Sarah Shocking News &#8211; Will It Put An End To Their Budding Romance? @celebratesoaps #dool #days #daysofourliveshttps://t.co/ZmjUJtFXMl

Days of Our Lives spoilers reveal that Eric loses his temper before he goes to Chicago to search for Nicole and Holly. He ends up attacking Kristen for the second time. As fans recall from Friday, Eric lunged at the imposter, but was held back by his loved ones. Next week, Kristen won’t be so lucky. Eric ends up going full-steam ahead and puts his hands around her throat, trying to strangle her.

Even though everyone would like to see Kristen dead for her evil deeds, that won’t happen. They have to find Nicole and Holly first. Unfortunately, Kristen is still holding a lot of the information they need and won’t give it up. Plus, Eric already was incarcerated once. He certainly doesn’t want to go back to prison, even though fans would consider it justifiable homicide.

What do you think is going to happen with Eric, Kristen, Nicole and Holly? Will the mother and child be found? How will Salem make Kristen DiMera pay for her sins?

The Young And The Restless Spoilers: Nate and Elena Grown Closer– Keeps Connection A Secret From Devon?