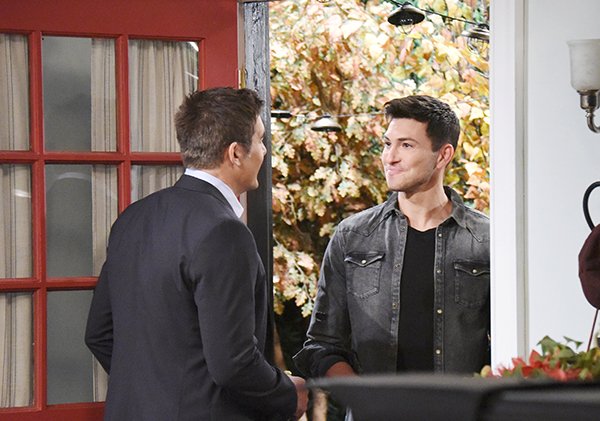 Days of Our Lives spoilers reveal Ben Weston (Robert Scott Wilson) asks Dr. Marlena Evans (Deidre Hall) for help. It isn’t for him, though. He wants to get assistance with his troubled sister, Jordan Ridgeway (Chrishell Hartley). Will Salem’s favorite psychiatrist help, or is she fooled by Jordan too?

As seen on Tuesday’s episode of DOOL, Ben Weston and Ciara Brady (Victoria Konefal) were stunned to see Jordan. She was released from Bayview and is now living with her ex-boyfriend, Rafe Hernandez (Galen Gering). This way, she can have a relationship with her infant son, David.

Ciara was not shy about saying exactly what she thought. She bluntly said that Jordan was crazy and tried to kill her. Then, Jordan came out and announced her presence. She didn’t seem apologetic or remorseful at all. Instead, the look in her eyes told viewers that she is still full of hatred and determination.

Days of Our Lives spoilers tease that all of Salem will soon find out about Rafe’s new roommate. This includes Hope Brady (Kristian Alfonso), who was briefly married to Rafe. She will most likely be concerned about the living arrangement given Jordan’s history. However, Rafe will probably defend his ex, no matter how many crazy things she has done. Remember, this is the same girl that tried to set Ciara on fire.

Days of Our Lives Spoilers – Veiled Threats Against Ciara Brady

Expect Jordan to make a “veiled threat” to Ciara. Even though Ben and Ciara are on high alert, nobody else really takes action. After all, everyone wants to give her a second chance, just like Ben was given. However, the siblings are two completely different people. Just because Ben recovered doesn’t mean that Jordan will.

According to the latest DOOL spoilers, Ben will suspect that Jordan isn’t better like everyone thinks. However, people think he is just being paranoid. This leads him to ask Marlena Evans for help. What will she tell him? Most likely, that he has to actually see or hear her do something in order for her to be recommitted to Bayview. Jordan’s too smart for that and will be more careful this time. Even though the Salemites are willing to give Jordan another chance, fans know better. Ben is definitely not paranoid.