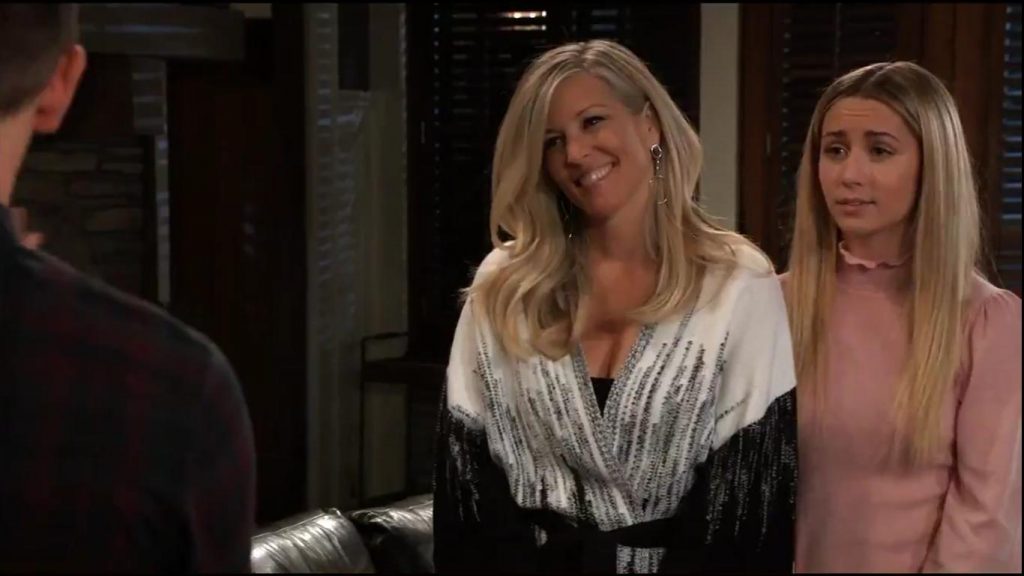 General Hospital spoilers tease that Carly Corinthos (Laura Wright) will go to the hospital right after all the upcoming drama aboard The Haunted Star!

As General Hospital viewers have undoubtedly noticed, Carly is quite pregnant now, and looks like she’s going to “pop” any minute! She and her husband Sonny Corinthos (Maurice Benard) are expecting their second child together, although as viewers know, Sonny has one grown son with Olivia Falconeri Quartermaine (Lisa LoCicero) which is Dante Falconeri, (Dominic Zamprogna), a daughter with Alexis Davis (Nancy Lee Grahn), Kristina Corinthos-Davis (Lexi Ainsworth) and a daughter with Ava Jerome (Maura West), Avery Jerome-Corinthos (Ava and Grace Scarola). Carly’s son Michael Corinthos (Chad Duell) was fathered by Jason Morgan’s (Steve Burton) late brother, AJ Quartermaine (Sean Kanan) and of course her daughter Josslyn Jacks (Eden McCoy) with Jasper Jacks (Ingo Rademacher). Sonny and Carly’s one son they had together, Morgan Corinthos (Bryan Craig) is presumed dead. 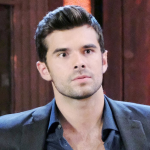 Unfortunately, Carly and Sonny’s baby was discovered to have Spina Bifida through pre-natal testing, although it is not yet known how severe it is. Fall previews indicate that Sonny and Carly will be tested in a way that they never have before when they face the imminent birth of this baby, and there will be questions as to whether their family will survive the experience intact! This sounds like the baby’s birth defect may be quite severe, and possibly Baby Corinthos may be in a life and death situation when he or she is born!

Carly herself could be in a life or death situation at the time when she goes into labor, but that wouldn’t be the first time! Long time General Hospital viewers will remember when she went into labor with Morgan Corinthos, Lorenzo Alcazar (Ted King) was helping her with the delivery, and Sonny tried to shoot him and the bullet went through Alcazar and into Carly’s head! Morgan and Carly both survived the birth, but he was diagnosed with a hole in the heart! With Michael, she suffered placental abruption and coded during his birth; with Josslyn, she had a high risk pregnancy but gave birth to her completely natural.

Although other General Hospital spoilers tease that Detective Harrison Chase (Josh Swickard) will bring a stretcher into the hospital the day before Carly goes to the hospital, viewers know that sometimes several days of real time equal only one day of soap time, so it’s possible that it could be Carly on that stretcher Chase brings off The Haunted Star! She may be onboard and in the middle of whatever situation causes Sam McCall (Kelly Monaco) to be trapped and Bobbie Spencer (Jacklyn Zeman) to be stranded! Bobbie is Carly’s mother and she may have been coming to her aid!

Will Carly go into labor in the midst of the situation on The Haunted Star, or will she go to the hospital apart from that situation? Time will tell; stay tuned to General Hospital and keep checking General Hospital spoilers frequently for all the latest news, updates and developments!