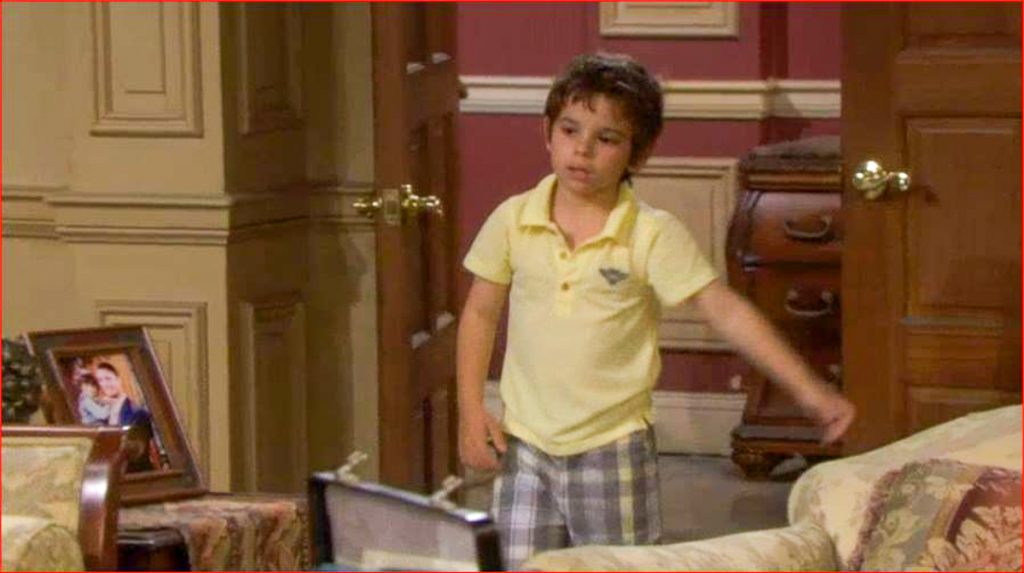 Days of Our Lives spoilers tease several surprise returns. There is a rumor that another DiMera will come to Salem. That individual could be Johnny DiMera, previously portrayed by Aaron Kunitz and Griffin Kunitz. Find out details about the character, possibly storylines and when to expect Johnny to show up in Salem.

Days of Our Lives Spoilers – Who is Johnny DiMera?

For those that don’t remember or who haven’t been watching for a long time, Johnny is the son of EJ DiMera (formerly James Scott) and Sami Brady (Alison Sweeney). Born in 2007, the little boy was aged up to 6 years old in 2011.

It is not clear how old Johnny would be if he returns to Salem in the near future. The NBC soap opera doesn’t follow real time. Fans have seen Salem’s kids go through SORAS (soap opera rapid aging syndrome).

Days of Our Lives spoilers tease that fans will see some surprise returns in the time jump. However, no additional details were revealed on how many unannounced comebacks there could be. This leaves viewers no other option than to speculate on Sami Brady’s (Alison Sweeney) possible return.

Even though the actress has moved on to pursue other projects, she does pop in from time to time. Sami was a fan-favorite character. What better way to celebrate the time jump than to have Johnny return to Salem with his mother, Sami?

Days of Our Lives Spoilers – Just Like Stefano DiMera

It is speculated that Johnny is a chip off the old DiMera block. The website teased that the son of EJ and Sami is just like Stefano. This could get very interesting, especially with all the Stefano DiMera (formerly Joseph Mascolo) references lately.

DOOL Spoilers – When Could Character Return?

Soaps.com reported on Johnny’s possible return in February 2019. Since DOOL films episodes eight months in advance, then he should have popped in last month. Obviously, that didn’t happen. His alleged comeback was reported twice more after that — in July 2019 and again in September 2019. If either of those reports are accurate, then we should see Johnny sometime in the spring, as early as March 2020.

However, none of those reports have been confirmed by show bosses. Until they are, we have to consider these rumors and not official Days of Our Lives spoilers.