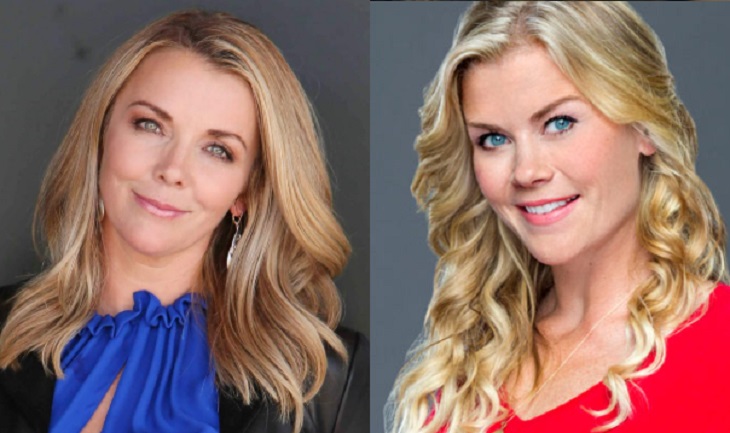 Days of Our Lives spoilers indicate that fans will be seeing Carrie and Sami Brady return for one last special good-bye. Here’s what we know so far.

Reports say that Carrie Brady (played by actress Christie Clark) and her sister Sami Brady (Alison Sweeney) will both be returning to Salem just to say good-bye to someone very important. Unfortunately though, they will be returning without their husbands and kids with them.

As a matter of fact, Christie was spotted on the set of Days Of Our Lives this week taping her good-bye episode, which will be aired sometime in May of next year. The actress has been playing Carrie Brady on and off for well over three decades.

In addition to Christie, Alison Sweeney has also been spotted filming scenes on the Days Of Our Lives set. The last time fans saw Sami in action she was planning on taking her husband EJ Dimera to Europe for treatment for his injuries.

With that being said, there’s speculation that the two sisters might be in Salem to say goodbye to daytime icon Caroline Brady. The actress who played the role, Peggy McCay, recently passed away. As many fans can recall, Caroline was always the glue that kept the family together.

I can’t believe it’s almost over. I had such a fantastic time bringing Sami back to Salem for a visit. It definitely reminds me there’s #noplacelikehome 😌! I’m so blessed & grateful to… https://t.co/ztL3I0Igry

Days Of Our Lives Spoilers – An Emotional Goodbye

There’s a strong possibility that Carrie and Sami might be returning to pay their respects to her. Of course, fans will have to tune in to find out what will happen!