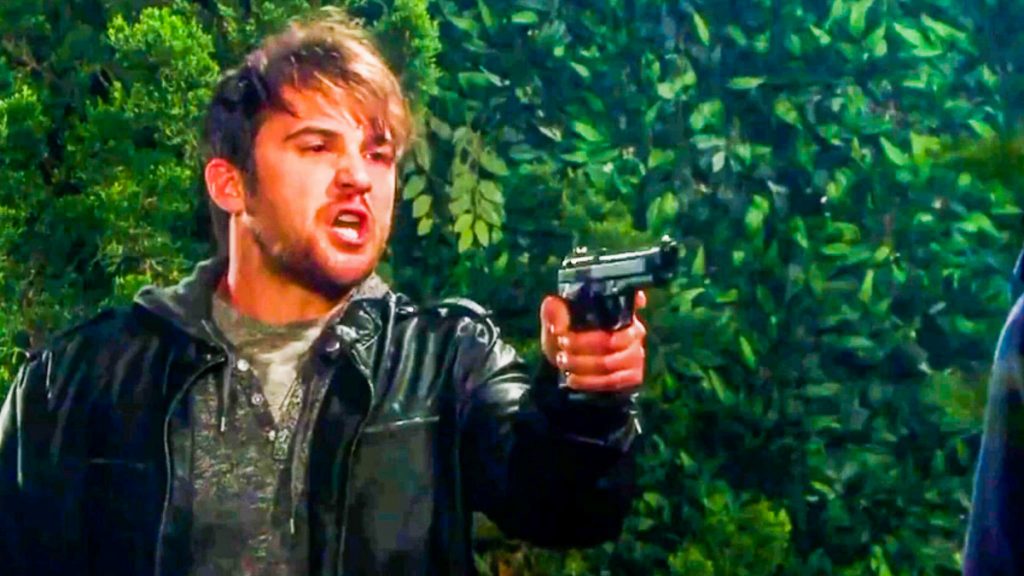 Although with JJ’s declining mental condition and his drugged up state it could be a room in Bayview Sanitarium as well, the script which contains the first five acts of the episode just calls it “JJ’s hospital room” so that indicates JJ will be hospitalized for something on Christmas. Could it be that he has overdosed on all the pills he has been taking to cope with his grief for Haley Chen (Thia Megia)?

DOOL Spoilers – JJ Deveraux Is Barely Functioning, He Has Been Taking So Many Pills

JJ is barely functioning, he has been taking so many pills – and not even paying attention to which kind he is taking! Days of Our Lives viewers will recall that in a recent episode, he just indiscriminately grabbed a bunch of pills from the nurses’ station at Salem University Hospital when no one was looking, took them, and stuffed some more in his pocket to go! He didn’t even look at what they were – they could have been all kinds of pills that could have clashed with each other and even potentially killed him!

He was trained as a paramedic, but these pills were dosed out in little paper cups for patients in the hospital and there was no way to tell what they were unless he looked at each one for an imprint, and he didn’t – he simply stuffed a bunch in his mouth and pocket and swallowed them! For all he knew they could have been megadose aspirins, since they were capsule shaped tablets and rather large!

Poor JJ is simply not in his right mind. Haley’s death appears to have broken him, and he has even hallucinated her ghost several times recently. In truth, it is probably his conscience that has masqueraded as Haley, telling him to not go after Kristen DiMera (Stacy Haiduk) to kill her and that Haley wouldn’t have wanted him to.

His mother Jennifer Deveraux (Melissa Reeves) has told others that JJ’s heart is broken, but it would appear that his mind is just as broken as his heart. Indiscriminately stuffing unknown quantities of unknown medicines and pills is a good way to overdose to death or to die from the interactions of medicines with each other, either by accident or intention!