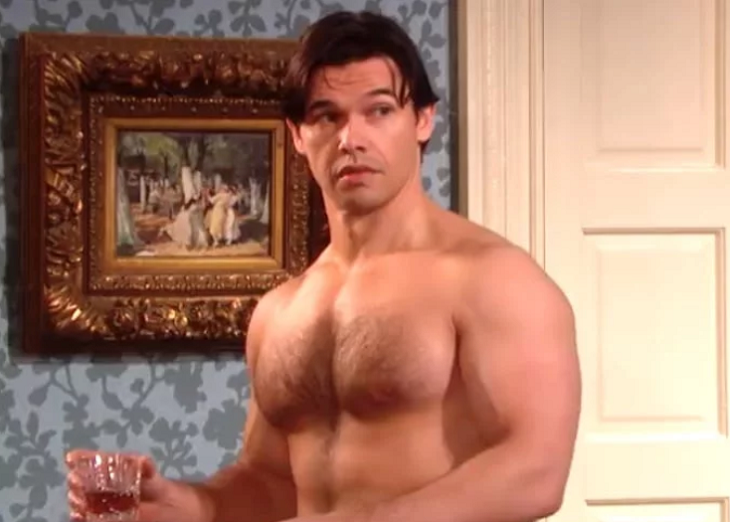 It’s safe to say that Days of Our Lives star Paul Telfer (Xander Cook) is one very busy man these days! The handsome actor, who has just recently reprised his role on the highly-rated NBC soap, has also booked a brand new and exciting prime-time gig and we’ve got all of the details for you right here.

Telfer announced on social media that he’s set to guest star on an upcoming episode of Agents of S.H.I.E.L.D. He will be one of many guest stars that will include Sola Barnis, Matt O’Leary, Brooke Williams, Winston James Francis and Lucas Bryant.

During the episode, which is titled Windows of Opportunity, Fritz and Enoch deal with a few struggles while out in space. During the same time, Sarge and his team move forward with their mysterious mission on Earth.

Days Of Our Lives News – Episode Will Air On May 17

The episode was written by James C. Oliver & Sharla Oliver, and directed by Kevin Tancharoen. And while Telfer himself hasn’t revealed any details about his character, we do know that his episode will air on Friday, May 17 at 8 p.m. EST on the ABC network. And yes, we will definitely be tuning in!

Now, as far as what’s next for Xander Cook in Salem remains to be seen. Right now he is the only person who knows Holly Jonas (Mallory Twins) is alive and well. Holly’s mother Nicole Walker (Arianne Zucker) and the rest of Salem believe that the little girl is dead.

Clearly, Xander has a few surprises in store for Nicole. He and Ted Laurent (Giles Marini) are not done with their mischievous scheme just yet!

Days Of Our Lives News – Many Projects In The Pipeline

In addition to his work on daytime television, Telfer also has quite a few projects in the pipeline. They include the movies Green Fever, Star Trek First Frontier and The Thin Line. All three movies are currently in post-production.

Telfer also previously starred in the television series The Windsors and Once Upon A Time and the highly-rated CW series, The Vampire Diaries back in 2012 and 2013.

In the meantime, don’t forget that Days of Our Lives airs weekdays on the NBC network.