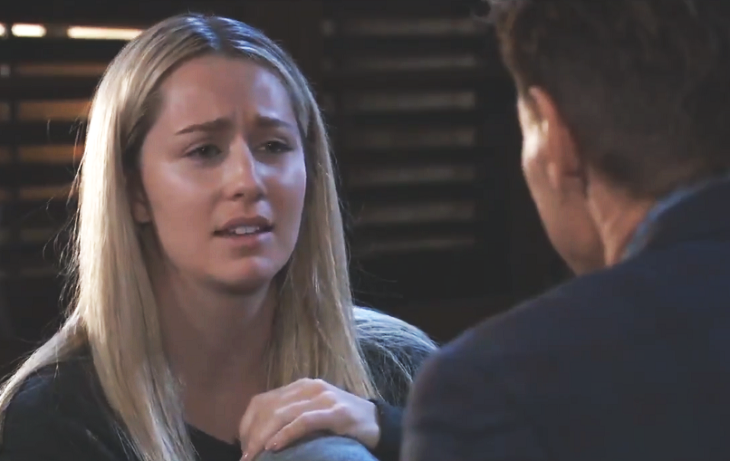 “General Hospital” spoilers for Monday, May 13, tease that Cameron Webber (William Lipton) will grow irritated with Franco Baldwin (Roger Howarth). Cam will be busy doing his community service hours when Franco reveals what he has in mind.

It might be something related to Oscar Nero’s (Garren Stitt) memorial service, but Cameron won’t think Franco’s motives are pure.

Cam will argue that Franco just wants to impress his mom and brothers. However, GH viewers know that’s not true – especially if this is about Oscar. Franco cares about Drew Cain (Billy Miller) and certainly didn’t want his son to die. He’ll likely make that clear to Cameron and insist he’s there for him if he needs anything.

Other “General Hospital” spoilers say Ned Quartermaine (Wally Kurth) will reassure Oscar’s parents. Drew and Dr. Kim Nero (Tamara Braun) will be feeling a little lost as they prepare for Oscar’s memorial service. Fortunately, Oscar already handled everything before he passed away. Ned will let Kim and Drew know that all they have to do is follow Oscar’s very specific instructions.

GH fans can expect some struggles for Oscar’s loved ones on Monday. It’ll be hard for them to keep things joyful and light like Oscar wanted. They’re in a great deal of pain right now, so it’ll feel wrong somehow.

Josslyn Jacks (Eden McCoy) won’t be certain she can even take part in all this, but she’d regret it if she didn’t. Carly Corinthos (Laura Wright), Sonny Corinthos (Maurice Benard) and Jasper “Jax” Jacks (Ingo Rademacher) may point that out to Joss. They’ll do whatever they can to support her through this crisis.

For Sonny, that may mean sparring with Ned. “General Hospital” spoilers say Ned and Sonny will indeed get into an argument, but what will be the topic? Sonny may not approve of some activity that would be too painful for Josslyn. However, Oscar knew what he wanted. Ned has no intention of doing anything other than carrying out Oscar’s wishes, so Sonny may see that it’s the right thing to do.

Meanwhile, Sam McCall (Kelly Monaco) will get some surprising news. Michael Corinthos (Chad Duell) will be next to Sam as she grills Jason Morgan (Steve Burton) about it. Will this have something to do with Oscar’s video message? He left behind a short clip, which should be played following his memorial service.

Julian Jerome (William deVry) will also get a visitor on Monday. “General Hospital” spoilers say Alexis Davis (Nancy Lee Grahn) will thank Julian for doing something he didn’t have to do, so this may be about Kristina Corinthos-Davis (Lexi Ainsworth). Julian is willing to let Kristina keep working at Charlie’s Pub, so Alexis should be grateful for that.

“General Hospital” viewers won’t want to miss this exciting episode. We’ll give you updates as other details and rumors emerge. Stick with ABC’s GH and don’t forget to check Soap Opera Spy often for the latest “General Hospital” spoilers, rumors, updates and news.

Bold And The Beautiful Spoilers Monday, May 13: Liam Fights For Hope – Sparks Fly Between Wyatt And Flo