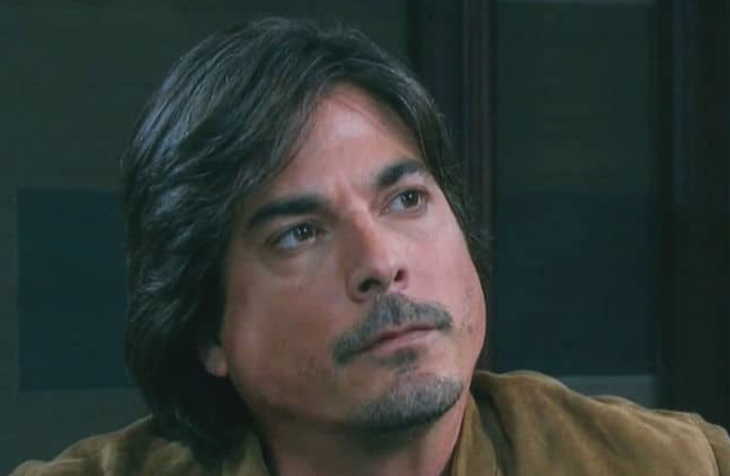 Days of Our Lives spoilers tease that Bryan Dattilo, who plays Lucas Horton, will return to Days of Our Lives in May! During Soap Opera Digest’s podcast, “Dishing With Digest”, he mentioned he is back filming, as Lucas has to be in Salem again for yet another unhealthy relative. That is likely to be Will Horton (Chandler Massey), who is Lucas’ son and suffering from a brain tumor.

Lucas left town right after Christmas so this looks like Will might get worse before he gets better if his dad is coming. Back in November, other Days of Our Lives spoilers teased that Alison Sweeney might make an appearance as well. Sweeney played Sami, who is Will’s mother, so that doesn’t sound too good for Will.

However, there has also been talk of a memorial service for Caroline Brady (Peggy McCay) for several months as well, so Lucas could be coming back for it. Although Caroline’s a bit beyond the point of merely “unhealthy”, which was Dattilo’s wording. The actress, Peggy McCay has passed away as well, in real life.

Datillo speaks of other things as well, like the fact that he grew up watching Days of Our Lives with his grandma, and was so proud to tell her when he was hired as Lucas. He also was happy to be playing a Horton.

Having grown up watching Days of Our Lives, he knew that he would be part of an important anchor family on the show, in other words, a legacy family. He talked about his Days of Our Lives secret crush, which of course if she reads the article it won’t be so secret anymore.

This, of course, was a long time ago when he was a teenager – he had a huge crush on Melissa Reeves! He said he has never told her but his secret is out now.

He’s content to play Lucas Horton forever, but if he gets tired of playing Lucas, fans of General Hospital may think he’d make a good Dante Falconeri recast.