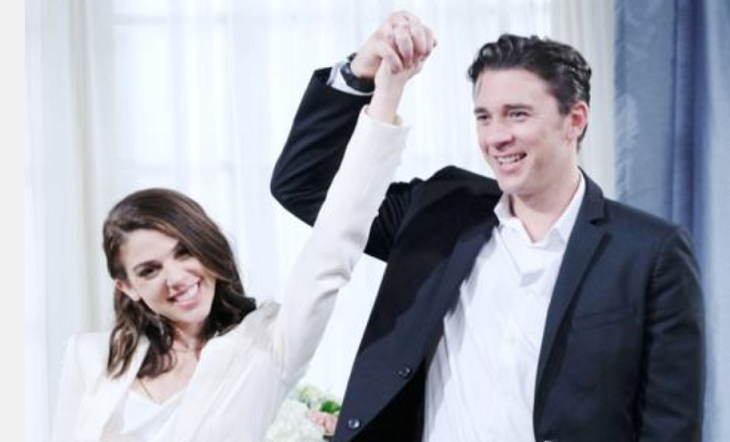 Billy Flynn recently left “Days of Our Lives” in a beautiful happy ending for his character Chad DiMera and Abigail Deveraux (Kate Mansi). In a recent interview with Soaps.com, Flynn talked about how playing Chad has helped him grow personally and professionally. He also talked about the possibility of Chad returning to Salem and his Emmy nomination.

Flynn reflected on his working relationship with Mansi, as well as Marci Miller who also played Abby, and Tyler Christopher (Stefan DiMera). He said that he had a great chemistry with both the actresses, and their friendship goes beyond the set of “Days of Our Lives.”

The four of them have all been nominated for a Daytime Emmy award. While he and Tyler can’t win at the same time because they’ve been nominated under the same category, Flynn said it would be special if he, Mansi and Miller could bag the awards.

“I think it says something about what we all accomplished in such a short period of time. To have such a powerful couple with two different actresses, it just goes to show you the work that the writers and directors put into that couple and that story.”

But Flynn said his is okay not to win the award, because being nominated is already something. It is also a part of where he believes he has grown a lot. When he was first nominated in 2017, he said he really wanted to win.

“I was attached to the outcome. I think I’m at a different place now. When I heard the news, I realized that I’m super grateful,” he confessed.

He shared that this time, he also focused on showing his best work and letting it speak for itself. “I’ve always tried to tell a story and I think that was part of me trying to be so controlling before, which Abby delivers baby days of our lives was the fear that people wouldn’t understand what’s going on,” Flynn said.

Days Of Our Lives News: Tyler Christopher Reveals Why He Left

Meanwhile, Flynn is optimistic that one day, Chad will return to “Days of Our Lives,” either through him or a recast. “It’s not really goodbye because Chad’s always going to be there. He’s gone now, but he’s never really gone. There’s always that chance that he’ll be revived,” he added.