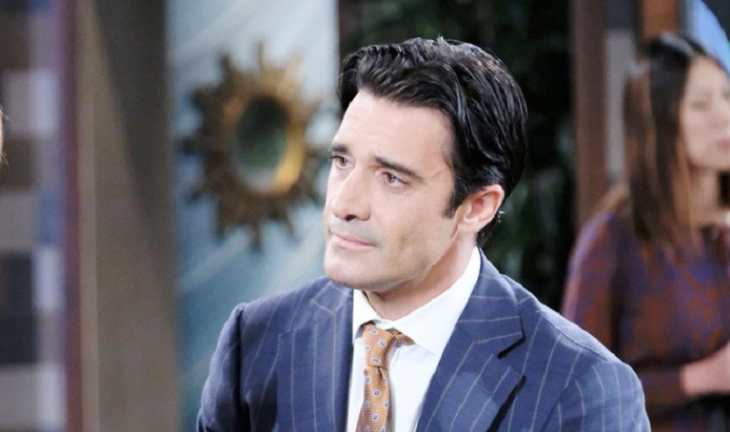 Days of Our Lives (DOOL) spoilers tease that Ted Laurent (Gilles Marini) may be holding on to some very disturbing secrets. Once cast as Leo Stark’s (Greg Rikaart) unethical lawyer, the attorney made his way to Kate Roberts’ (Lauren Koslow) bed.

He then eventually warmed Hope Brady (Kirsten Alfonso) to give him a chance. Or at least, that’s what he is hoping anyway. But will a wife secret put a halt to Hope giving Ted a chance?

Marini said that Ted is a complex man who is a hopeless romantic and is often ruthless and manipulative at times. After ten months on the show,  DOOL viewers still don’t know much about him. Marini thinks that his alter ego has something special about him. After all, he was able to gain Hope’s trust, so he cannot be all bad, right?

Days Of Our Lives Spoilers – Does He Have A Chance With Hope Hernandez?

The biggest question seems to be – will Hope cheat on Rafe Hernandez (Galen Gering) with Ted? Right now, all Ted cares about is winning Hope and convincing her that he is the man for her.

It’s complicated for Hope because she is attracted to him, but she just recommitted herself to her husband, too. Marini believes that while Hope likes Ted, he likes her way more.

It’s pretty clear that Ted has a secret of some kind. Of course, DOOL spoilers are hinting that he has a wife that he is trying to hide.

Days Of Our Lives Spoilers – Is Ted Laurent’s Wife Alive And Well In Europe?

Whatever, his secret is, it would be shocking for Hope to find out. She is starting to believe that Ted is a good man and she’s getting more and more interested in him.

There are rumors that his wife is in Europe right now. Apparently, Diana Cooper (Judith Chapman) mentioned something about running into his wife before she came to Paris.

Do you think Diana was being honest? Is Ted’s wife alive? Will she make her way to Salem?

Don’t forget to come back later for more Days Of Our Lives (DOOL) spoilers, news, and casting updates!